As a matter of courtesy, it is necessary that the exiting employee draft a resignation letter to the management of the company he has been working for. This letter aims to bid an official farewell to the company in a manner that is professional and courteous. It also creates a nice rapport between the employee concerned and the company.

Knowing how to draft this letter is definitely is hence strongly recommended. We draft and prepare this article to achieve that very end. In our discussions below, we shall look into every detail that pertains to the letter and the modalities to make it’s drafting a reality.

As hinted above, this letter mainly bids official farewell to the company in which the affected worker was based in and working. It also creates a nice rapport between the organization concerned and the exiting employee. This may be relied on later in case the employee chooses to return to the said firm. Moreover, some jurisdictions demand that a resigning employee draft this letter before finally quitting the firm.

How to Write? (What to Include)

Knowing how to draft this letter, as we have already hinted, is crucial. This is a feat you can only manage if you know the steps involved and what to include in such a letter. In this section, we highlight the major tenets of the letter and the contributions they make in the letter altogether:

This is the date when this letter is drafted. It is typically located at the top left corner of the letter and is used for all future references.

There are two kinds of addresses that have to be included here. The first is the one for the exiting employee, whereas the second is the one for the company concerned. They have to follow one another in that sequence for the sake of easier comprehension.

It is important to specify and address the recipient personally. This is a crucial letter that ought to be completely devoid of any generalities. The recipient here is mostly the line manager, head of the human resource department, or the chief executive officer of the affected firm.

Also accompanying the above declaration is the official date when the resignation is to take to place. This is the one that shall be used to gauge and monitor future references and correspondences.

As a matter of courtesy, you should also state the exact reasons why you have decided to call things quits. This is optional but is highly recommended. If the reason has to do with an inadequacy on the part of the company, be careful how you pass this message. Bear in mind that you may have to swallow your words at one point in time or another.

Regardless of why exactly you have opted to exit the company, take some time to thank the company for allowing you to work and make money for them. This will go a long way in instilling a nice rapport with the said company and open opportunities or avenues for future cooperation if need be.

As is the norm with any other official communique, this, too, has to include the appropriate signatures of the various parties concerned. You have to append your own plus the date when the said signature is appended.

Tips to Appear Professional in Letter of Resignation

To draft a nice letter, you have to adhere to some special tips. These form the basis or the rules against which every detail of the letter is provided for. Below are some of the tips that are most important and have to be adhered to:

RE: Professional Letter of Resignation

For 8 years now, I have been employed by your company in the capacity of a Junior Production Administrator. Whereas I have enjoyed every bit of my time here, I declare that I resign from this post with effect from June 30, 20XX (roughly one month from now).

I want to spend ample time with my ailing wife, who coincidentally is about to deliver. I know my exit is likely to deal a severe blow to your firm. Being cognizant of this, I undertake to aid with the transition period.

Kindly let me know the roles I should play and the expectations you have about me.

Sorry for the sudden shock. Kindly receive my resignation in good faith.

RE: Professional Letter of Resignation

I was diagnosed with a chronic liver problem that demands that I refrain from active duties. My pleas to have me work from home have also been unsuccessful.

Please plan an appropriate transition and let me know how I can be of help at such a time.

Sorry for the inconvenience cost, and I look forward to working with you again, it possible. 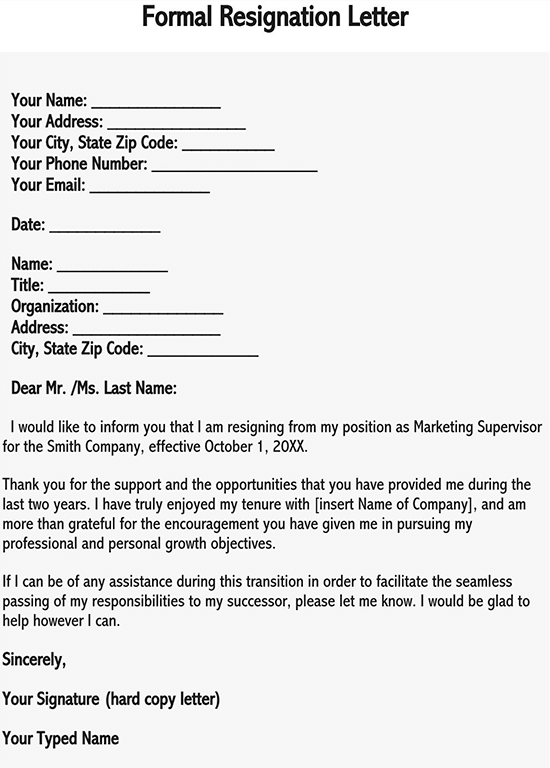 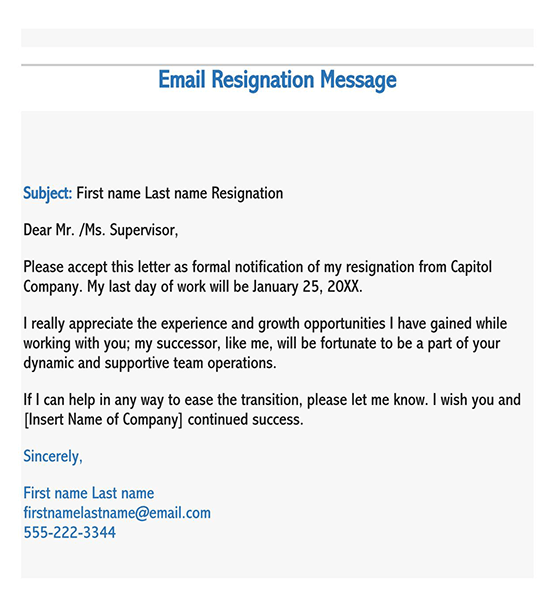 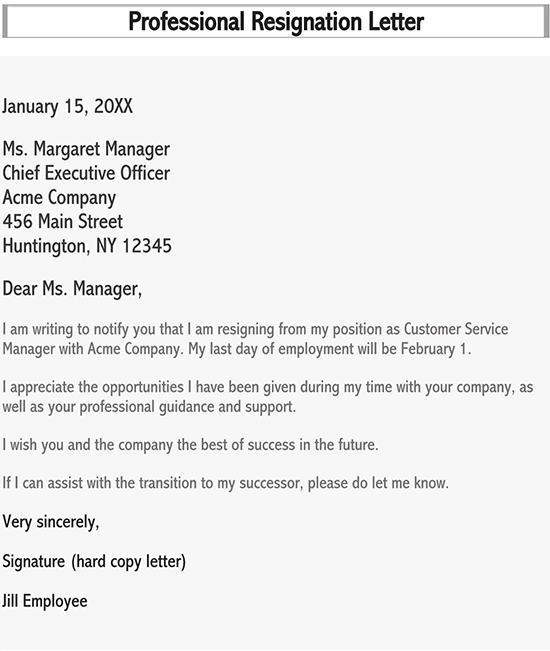 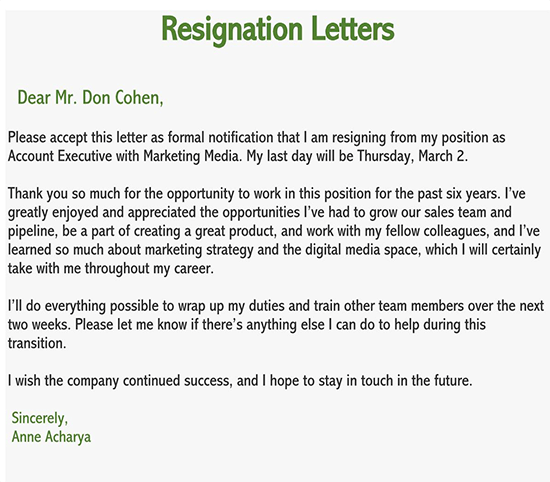 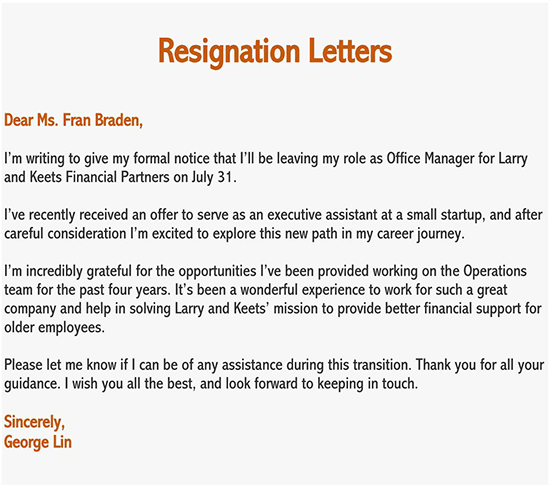 There you have it! Our look into the professional letter of resignation comes to an end there. We are now confident that you have the preparedness you need to be able to make a great draft. Why not move ahead and implement the insight you have received?

How to Formally Announce Your Retirement (Sample Letters)

Board Resignation Letter Examples (How to Write) – Templates

How to Write a Retirement Letter of Resignation (Examples)

How to Write a Teacher Resignation Letter (18 Best Samples)