An Argumentative Essay takes a position on an issue and tries to convince the reader that this position is correct whereas an argumentative essay outline gives proper structure to the essay before it is written.

Built on an initial premise, every section in the paper reinforces the declared statement as correct. Ideally, by the time one is at the conclusion, a strong paper will have won over the reader. The writing style can be a very powerful one that translates to a lot of different uses in real life, ranging from the courtroom to the church pulpit to even written art and prose.

The exercise of performing and learning the elements of the argumentative essay such as an argumentative essay outline is commonly taught first in high school writing and then reinforced at the college level repeatedly. By the time a student has completed a four-year degree, on average, he or she will likely have written at least 20 different argumentative papers of some sort.

There are three primary forms of argument claims used in the argumentative essay:

Types of Arguments and Their Usage

While anyone can craft their own version of an argument in writing, the standard training approach focuses on three specific styles of argumentative writing taught in schools and commonly used. These methods work best under certain conditions that the writer should anticipate prior to writing.

These three types are:

This approach is traditional in format and fairly predictable. It starts off with the argument itself concisely stated in the opening paragraph. Then, the writer’s opinion is injected, and the remaining pieces are additional evidence and support to bolster the primary argument.

It’s one of the most basic forms of argumentative writing and the most commonly taught. The advantage for the writer is strongest when the audience has no background on the topic and needs to rely on the writer for all the information to make a judgment. It is not such a good approach to take if the audience already has education on the matter or a strong position in it.

The Rogerian style of argument writing is far more diplomatic. It starts first with the issue or problem identification. Then it phases into an opposing view on the matter, and why the writer’s argument next is the better choice to follow. Finally, it follows up with all the benefits of agreeing with the writer’s position. This type of writing works best when the audience already has a perspective, it’s a hot issue with pros and cons on both sides of the room, and the writer is looking to secure a middle-of-the-road agreement.

The Toulmin argument approach is a bit of a modification on the classical argument in that it states the argument, the evidence supporting that argument, and a justification based on the evidence supporting the claim. It’s an approach often used in law school, and there is no mention of the opposing view. Instead, this style is 100 percent one side of the argument, the writer’s, and why it is correct. The approach is also heavily fact-based with the goal of pushing the reader to conclude he or she can’t agree with any other way than with the position and the facts presented.

The opening of the paper sets the stage for what the topic is going to be about. It only needs a sentence or two, but the paragraph provides an essential setting that frames the topic’s placement for the audience.

This is the attention-grabbing element that brings the audience into the paper and keeps their attention. The hook needs to be powerful, relevant, and direct. Indirect statements or inferences won’t work. This is the time to be direct in writing.

The background provides additional context for anything the audience should know to understand the thesis correctly. If the audience needs to know the thesis is associated with physics, sufficient background should be provided to inform them that it applies.

The thesis statement is the primary argument of the paper. Everything about the paper orbits around this statement. If anything needs to be rewritten and made perfect, it is this particular part of the paper. When a reader doesn’t clearly understand what the thesis is saying, the rest of the paper is a waste of time, so a good amount of attention should be applied to the thesis to get it right.

The body in the argumentative essay outline makes the bulk of the paper because it typically involves a number of paragraphs, each exploring in-depth a particular sub-point that proves, supports or provides positive evidence for the thesis. Each paragraph tells its own story about a sub-topic tied to the thesis and convinces the reader the thesis is correct.

The structure of each paragraph generally follows the elements below:

While not a requirement, many essays dealing with a complex argument will address the counter-position to the thesis by dismissing it in the same paper promoting a particular direction. This paragraph frames the context of the counter-argument, its premise, why the argument doesn’t work, and the evidence supporting that conclusion.

The conclusion is the wrap-up and ending of the argumentative essay outline. It should not introduce anything new, it should only summarize the paper’s points, and it should end with a reinforcement that the thesis is ultimately correct and the best position for the reader to take.

Writing a Thesis Statement in 3 Steps

Given all the above, it’s pretty obvious the thesis statement matters a lot, and it tends to be one of the hardest parts for new writers to successfully master in an argumentative paper.

First, instead of just trying to make a statement, use a question and answer it.

“Is climate change making things worse for communities? Yes, with a lack of emergency planning, climate change will result in worse disasters in the near future.”

If one wants to make the thesis statement a bit longer, he or she could add more detail between the question and answer, but the point is to put the reader on the spot with the question and then answer it for them before they think of their own answer.

Second, often used in law school, frame your thesis with a starting opposing argument that you then disprove. It often starts with a clause and then a definitive statement.

“While many people assume a parent can take a child any time they want due to being a parent, parental child abduction can result in a felony for kidnapping.”

This approach takes a false position and blows it right out of the water, framing what the rest of the paper will prove as the reader goes deeper. The position is then reinforced right away in the body with paragraphs of the evidence conclusively proving the thesis correct.

Third, use an outline format.

That singular statement sets the stage for how the paper will progress at Steps A, B, and C, therefore, conclusion. It might seem formulaic, but it works for an argumentative thesis.

Fortunately, using an argumentative essay outline template provided online helps with learning how to fashion the appropriate essay structure when it is needed. A template can be thought of as a road map, pointing out the key steps one needs to take to get from Point A, starting the paper, to Point B, finishing it correctly. Once you develop enough time and practice in the essay style, it will come naturally to you as a writer. 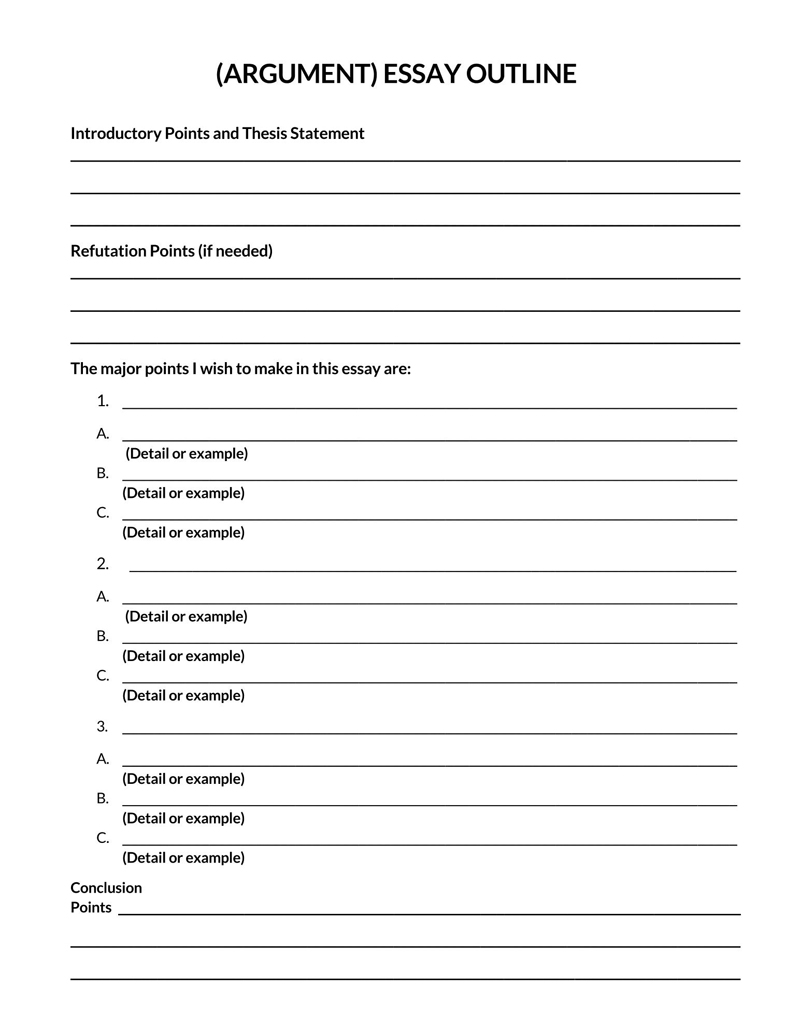 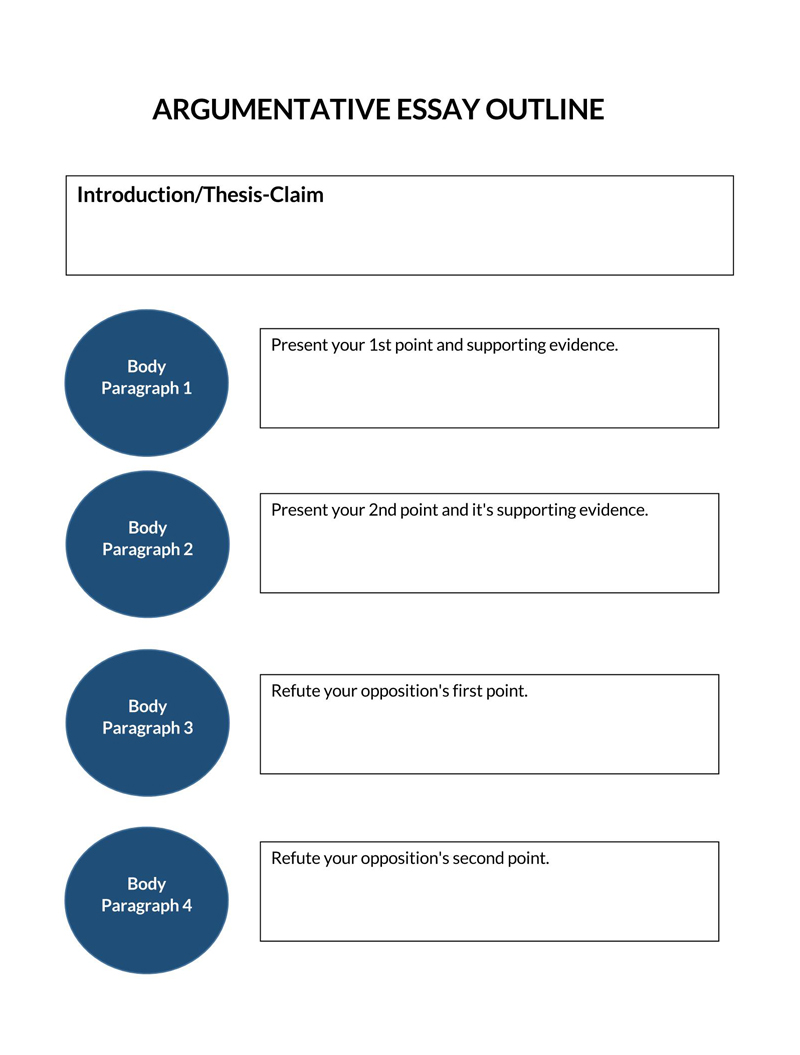 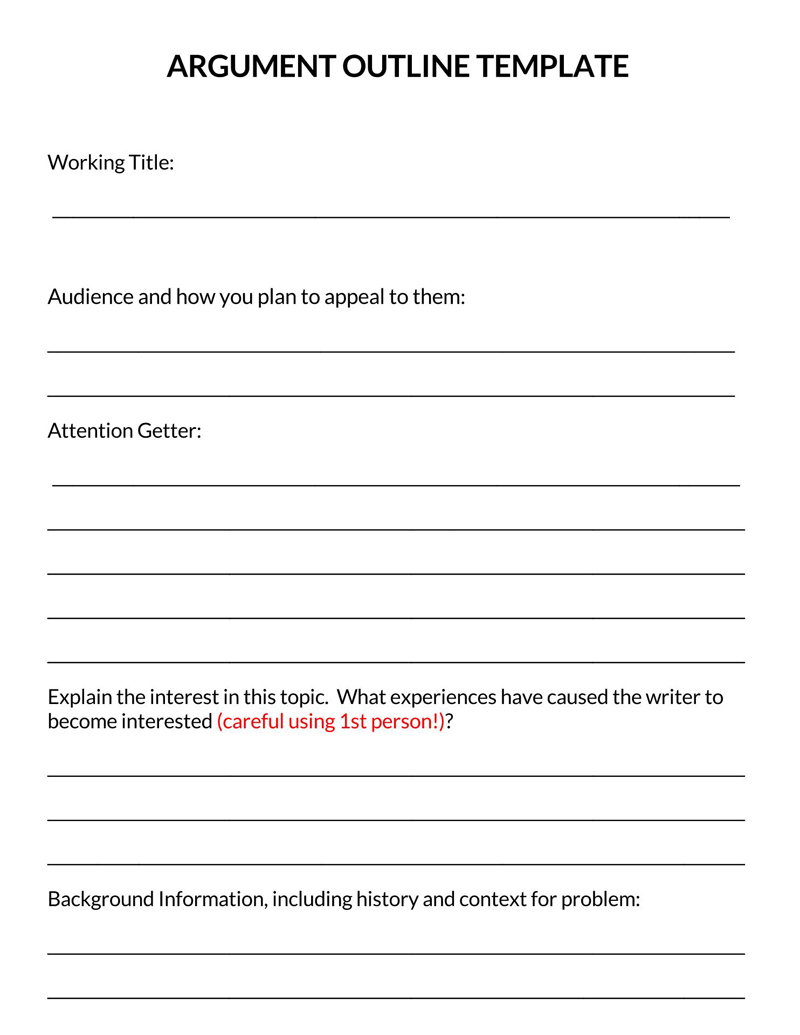 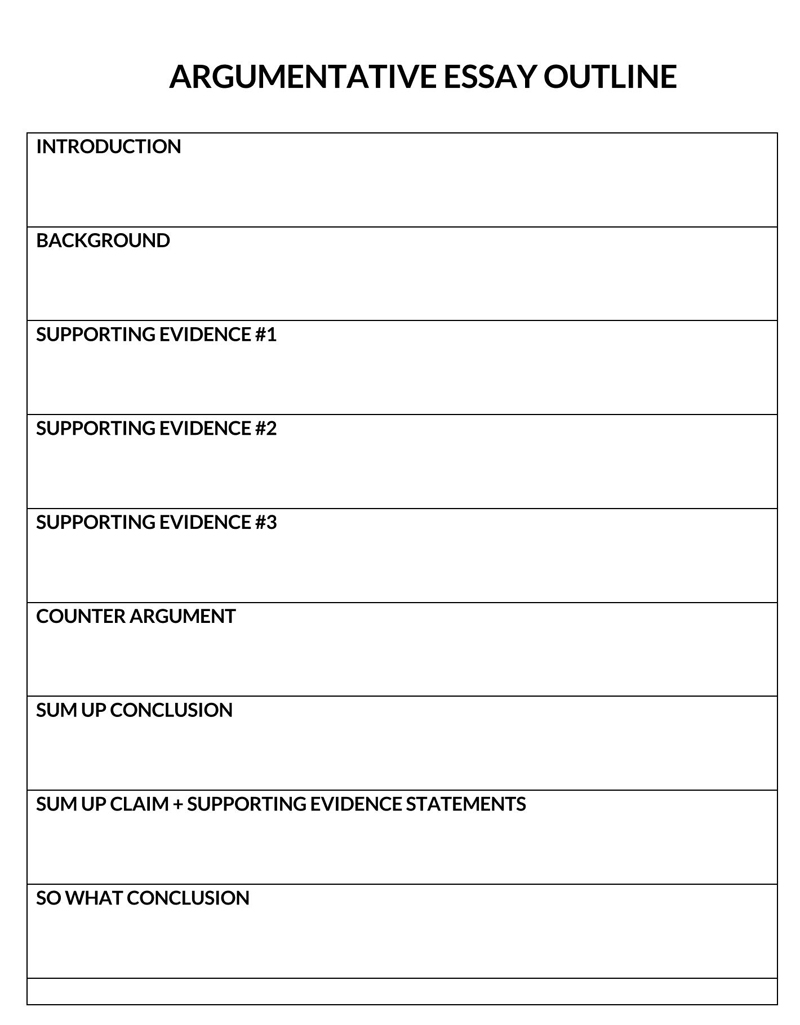 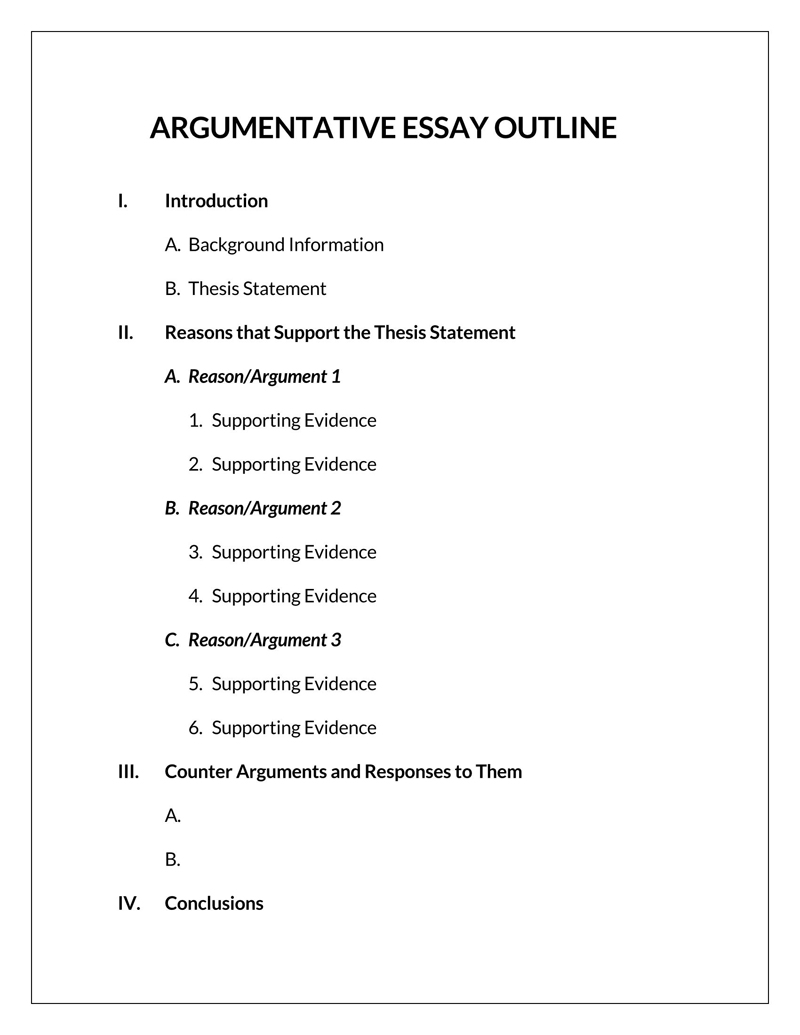 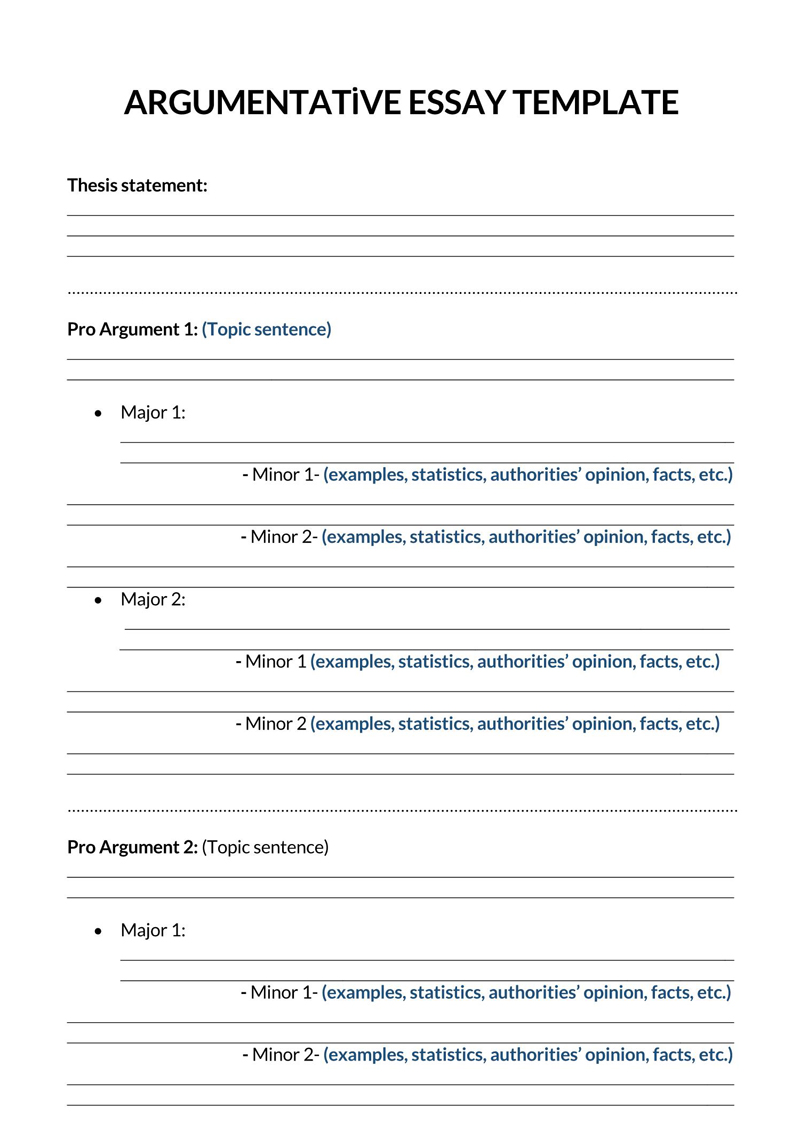 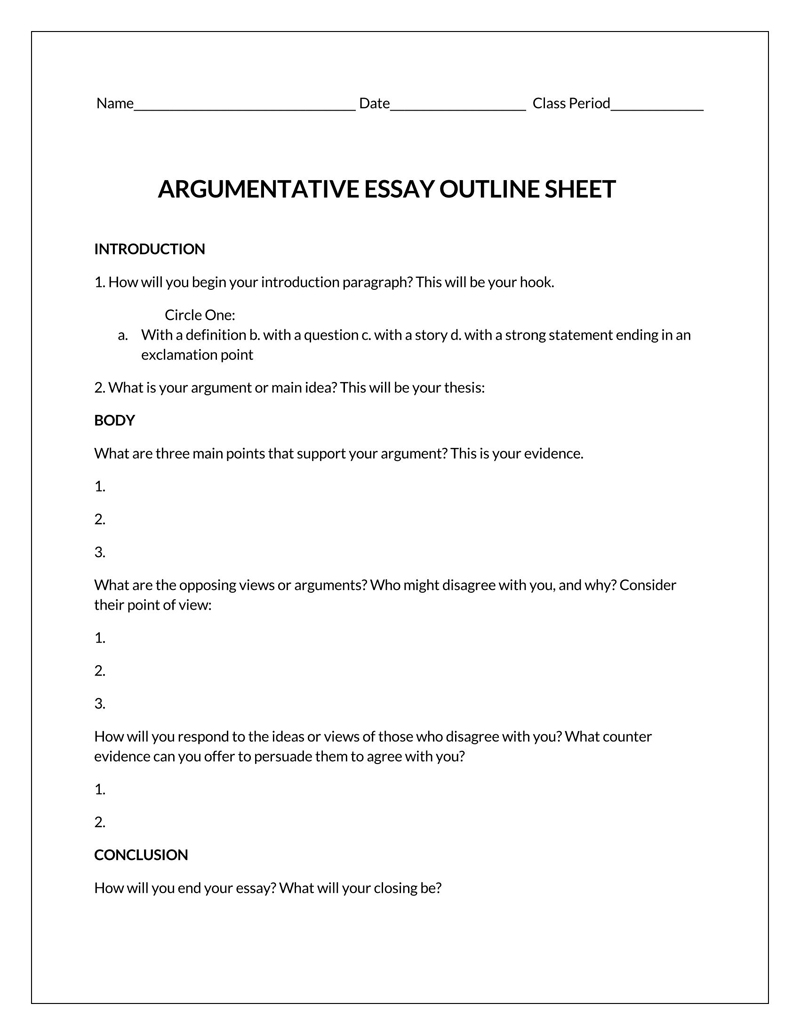 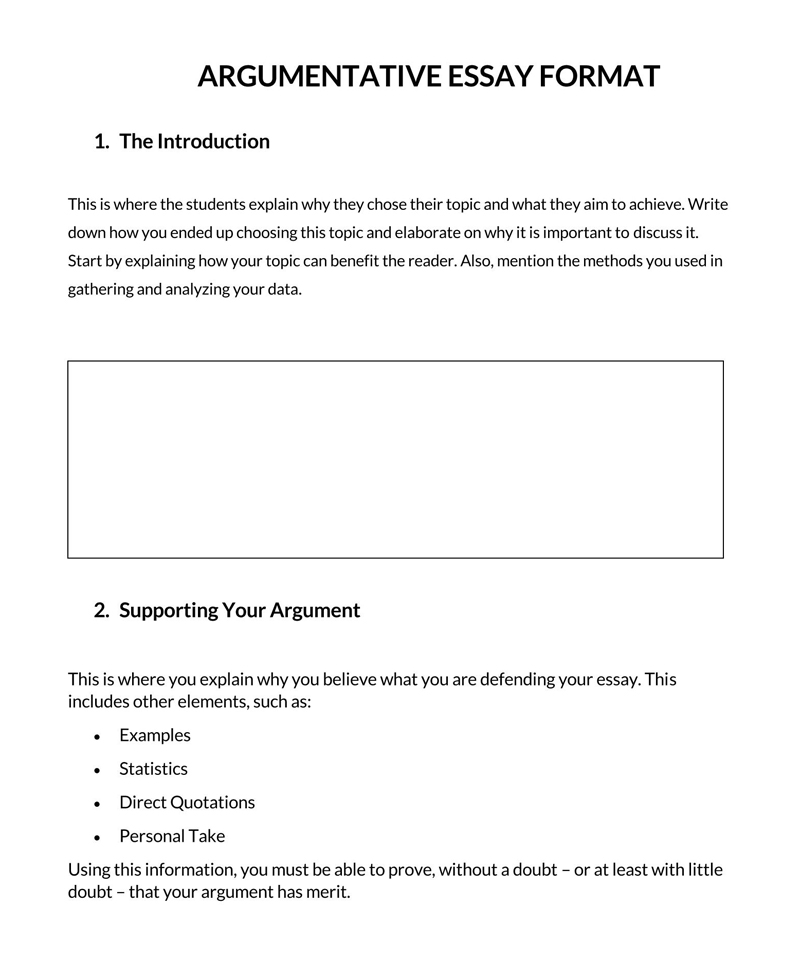 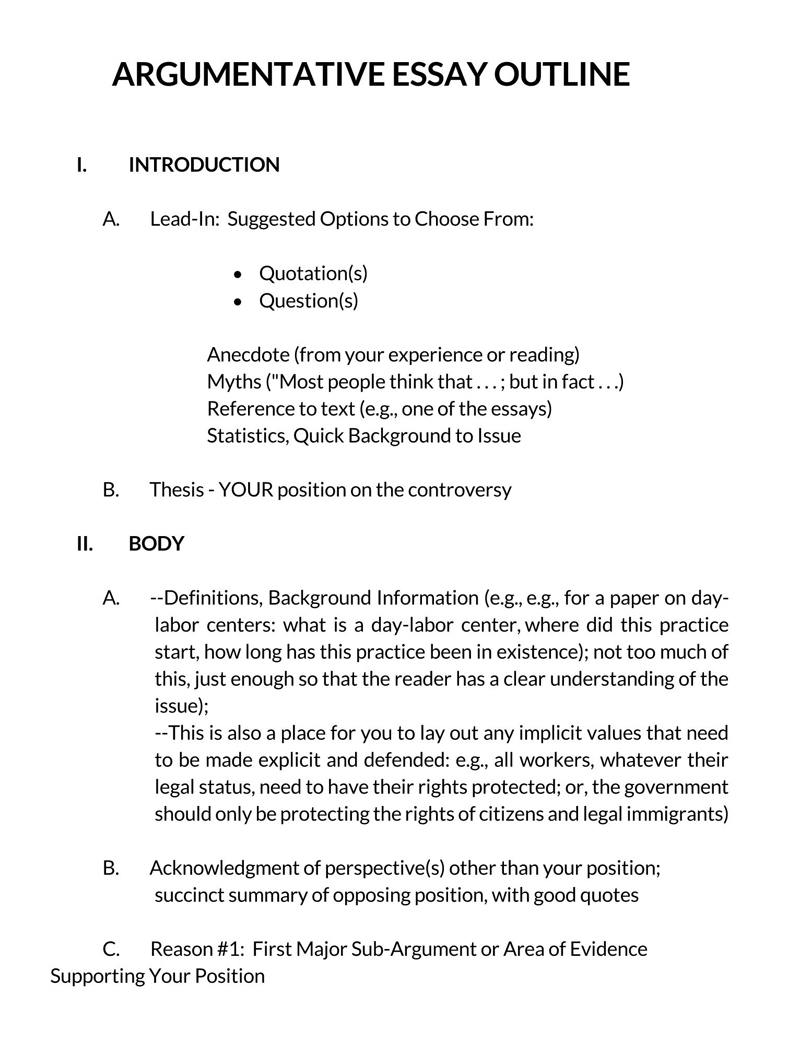 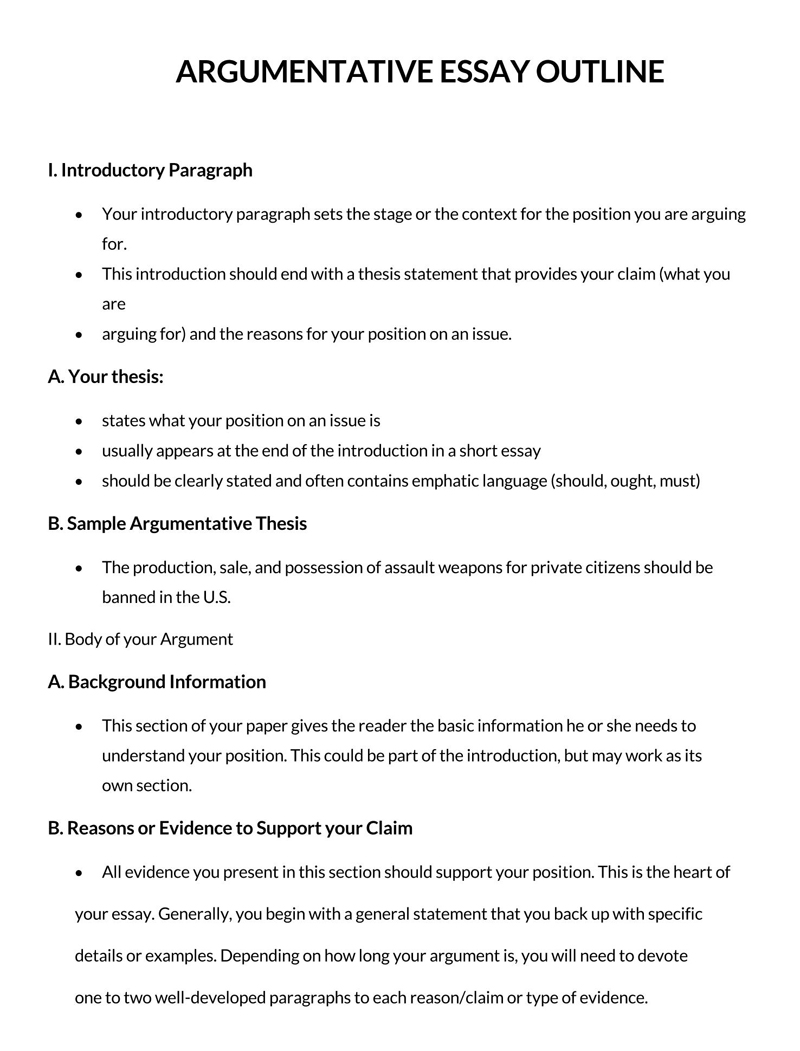 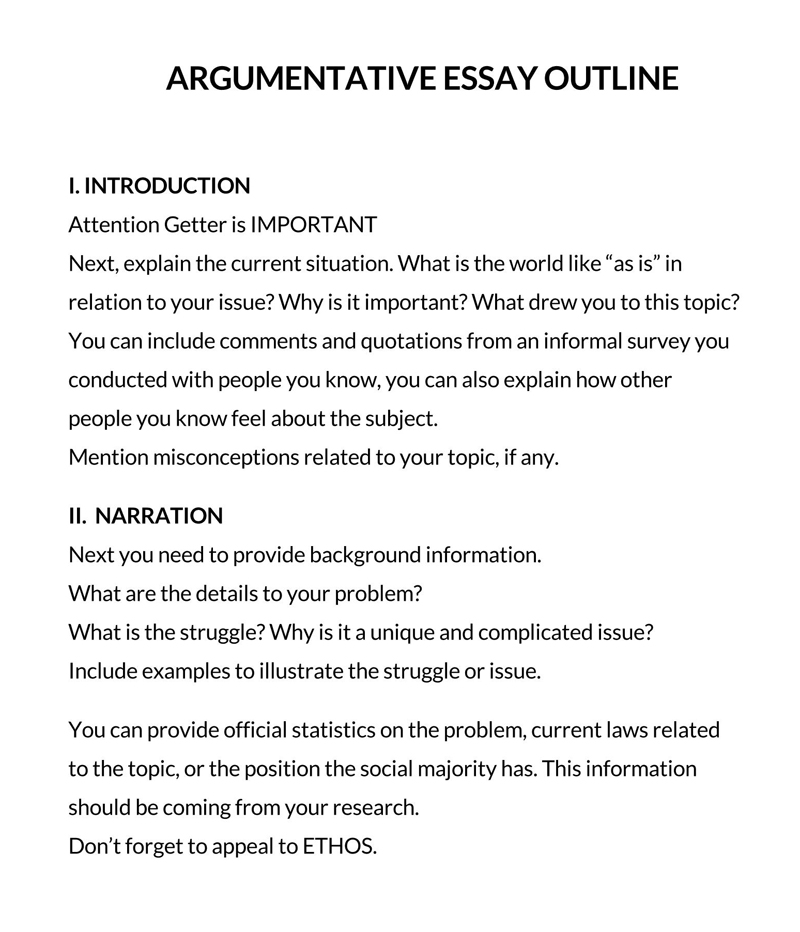 Tips to Form a Hook

The hook is an aspect of the argumentative essay that resonates with the audience. While hooks can be just about any topic out there, the ones that are most relatable often tend to be the most successful papers. A given hook doesn’t necessarily need to be a subject matter either, but that’s one of the easiest methods to use. It could be the style of presentation, or simply how paper is written. Whichever the case, those papers that use a hook often tend to be received far better than dry writing.

The first step in forming a hook is to first know the audience for the paper. Is it going to be a crowd? Who are they? Why are they reading or listening to the paper? Do they have a common interest? Researching these aspects is key to knowing whom the paper is for and what is important to them.

Second, use the priorities of the audience to frame the key winning points of the paper. If the audience is interested in politics, framing the paper in the context of the political positions the readers favor is going to win points. Arguing counter to their interests politically, obviously, would trigger hostility.

Third, make the hook relevant to the reader now. That means using an angle of the paper that seems tied in with current events and issues. Even if the argument is about whether ancient Greeks liked drama on stage or not, there’s some spin one can probably come up with to tie it to a recent event with a bit of thinking. Readers love this kind of hook because it makes the paper relatable personally.

Argumentative essays are commonplace and provide the foundation many times for workplace communication for decision-makers. Understanding how to write the argumentative essay outline well can go a long way for a student in many different fields. The essay type has a long history, dating back even to ancient times, so writers are in good company learning the ropes and how to argue well on paper. 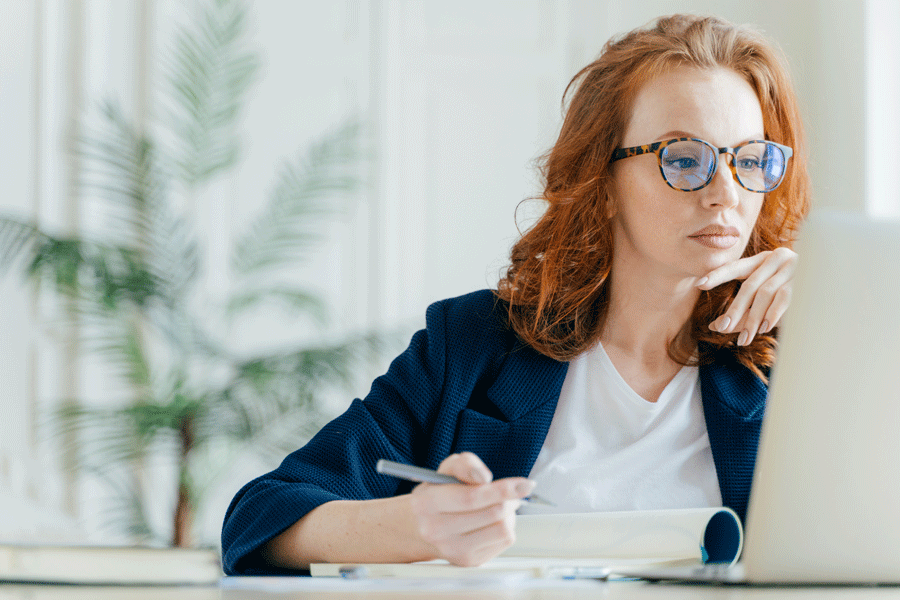 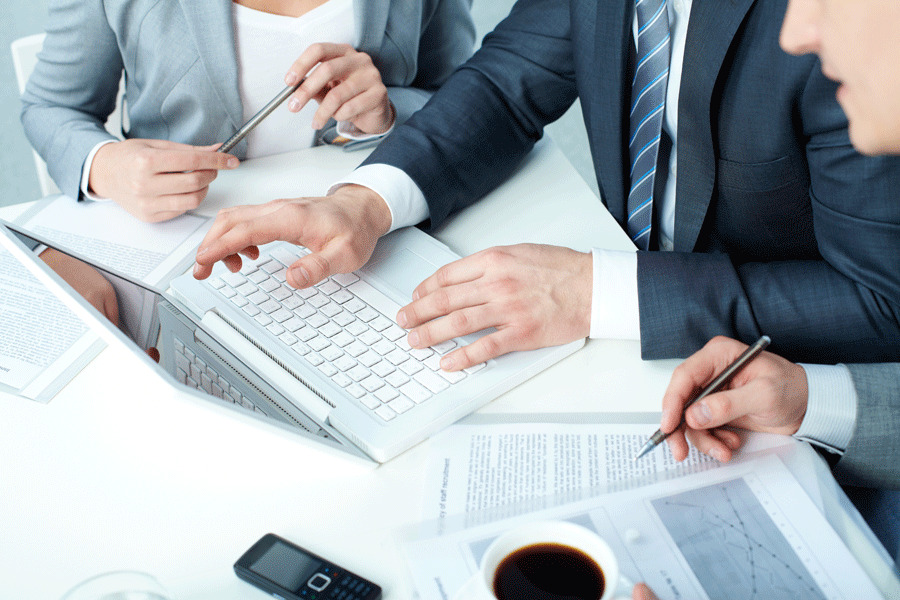 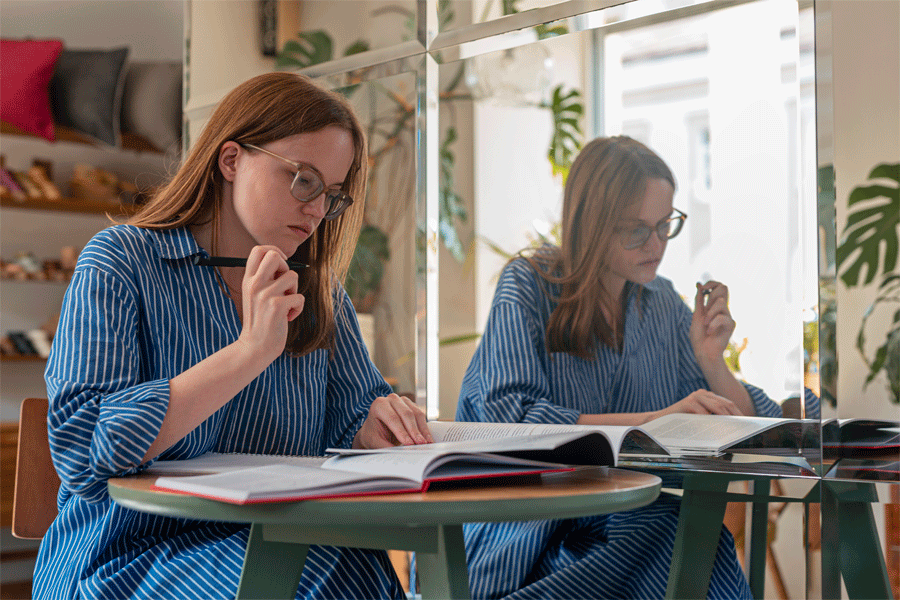 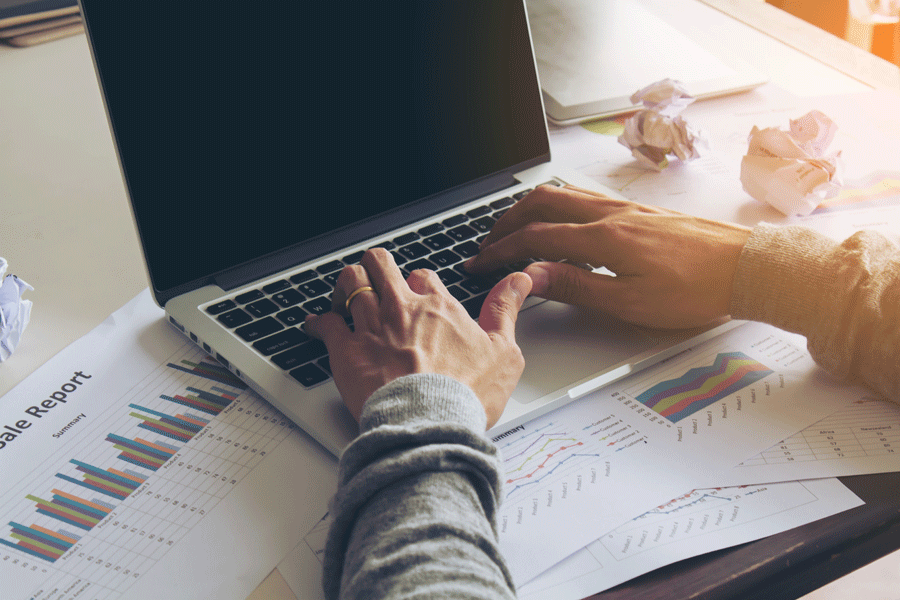 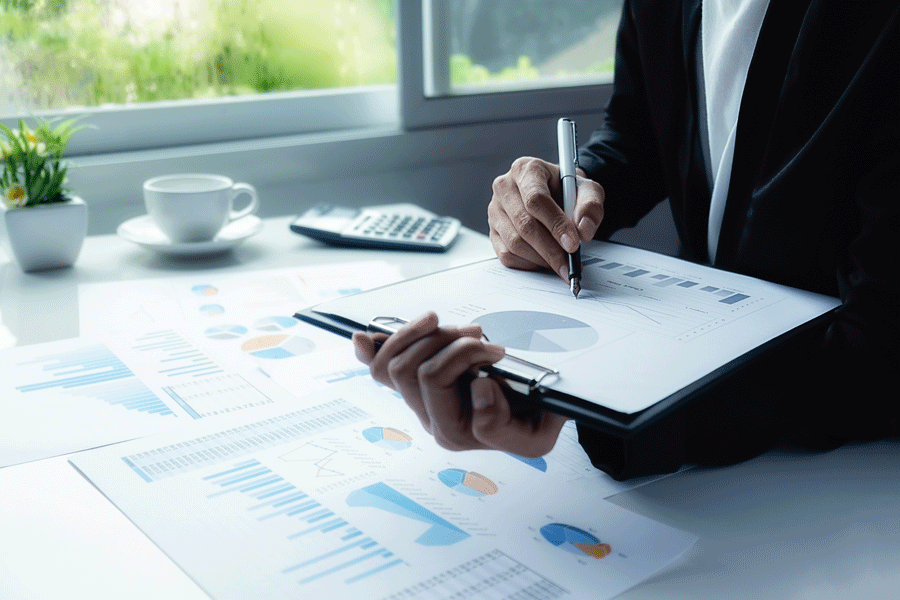 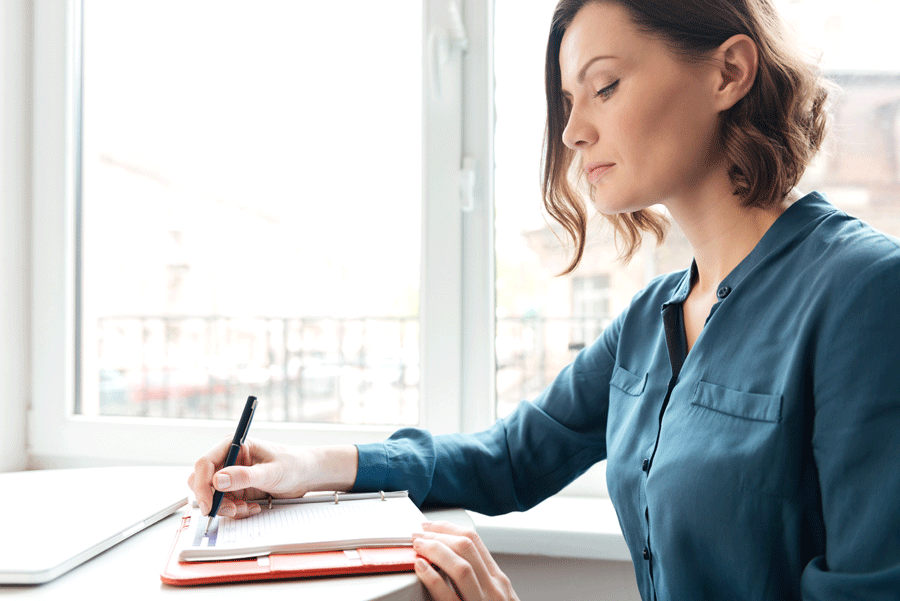 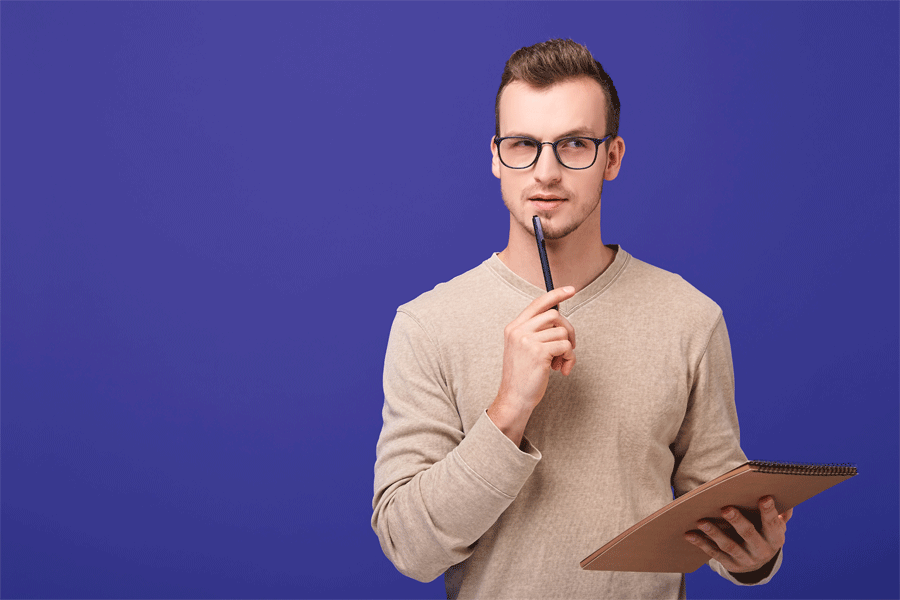 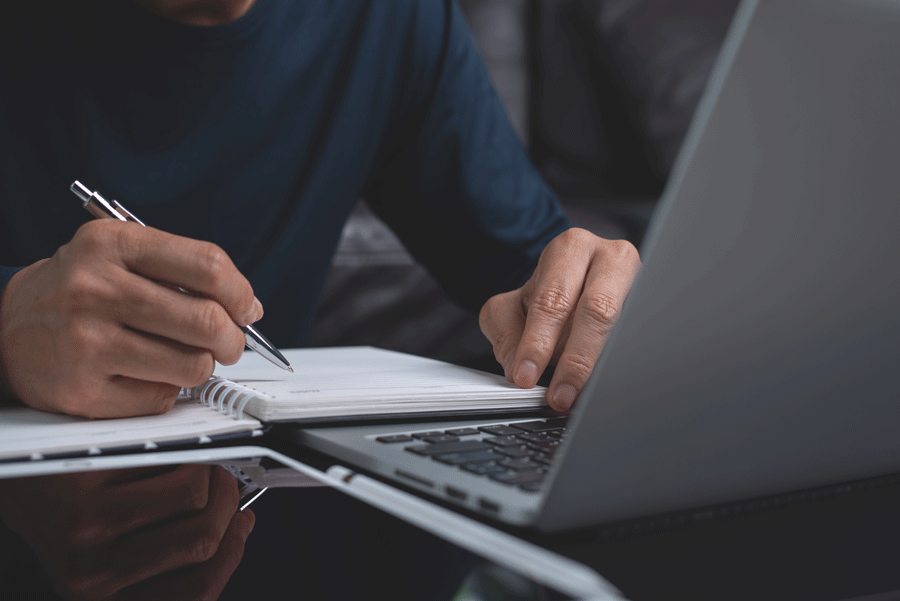