It states that when elements are organized in order of increasing atomic mass, some groups of properties recur regularly. This law was established by Dmitri Mendeleev and Lothar Meyer in 1869. Periodic law is considered to be among the most fundamental principles of chemistry. All chemists use the Periodic Law when working with chemical elements, their properties, and chemical reactions. Periodic law has contributed to the creation of the modern periodic table.

In this article, we have explained the periodic table in its fullness to help you understand it better than before.

The elements of the periodic table were not all discovered at the same time. Different scientists found various elements at different times.

The following people are the ones who found different elements in the periodic table:

Around 47 elements were identified at the beginning of the 19th century, giving enough evidence for chemists to begin to see trends. John Newlands wrote his Rule of Octaves in 1865. The Rule of Octaves had two elements in one box and did not make space for undiscovered elements, so it was ridiculed and did not gain attention.

Many people assume that Mendelev was the one who invented the modern periodic table. In a lecture to the Russian Chemical Society, Dmitry Mendeleev introduced his periodic table of elements based on increasing atomic weight on 6 March 1869. Although Mendeleev’s table was the first to achieve recognition in the science world, it was not the first table of its kind. Some elements, such as Gold, sulphur, and carbon, have been known since ancient times. Alchemists started to explore and recognize new features in the 17th century.

Although Mendeleev’s table was almost there, it needed a significant improvement before it became a modern periodic table (using the atomic number as the guiding concept for periods). According to Henry, identical properties recur regularly when the elements are organized by increasing atomic number. Atomic quantities, not weights, determine the chemical properties component. The use of the atomic number as the grouping principle was first suggested by the British chemist Henry Moseley in 1913.

Structure of the Periodic Table

The rows on the periodic table are called periods. All the elements in a period have the same number of atomic orbitals. For example, each element in the top row (the first period) has an orbital for its electrons. All the elements in the second row have two orbitals for their electrons. As you move down the table, an orbital is attached to each row. There are no more than seven electron orbitals at this time. (An orbital is a region where an electron resides in an atom). The diagram below shows period 2 of the periodic table:

There are exceptions to the order when looking at the transition elements.

The diagram below shows elements in group 2:

Specific parts of the periodic table can be referred to as blocks considering the order in which the electron shells of the elements are filled. Elements are allocated to blocks in which orbitals their valence electrons or vacancies lie in. The s-block consists of the first two classes (alkali metals and alkaline earth metals) and hydrogen and helium. The p-block has the last six groups, which are 13 to 18 in the IUPAC group numbering (3A to 8A in the American group numbering) and includes, among other elements, all metalloids. The d-block consists of groups 3 to 12 (or 3B to 2B in American group numbering) and includes all transition metals and the f-block comprises the Lanthanide and Actinide series.

The periodic table elements are grouped into nine categories; six for metals and two for non-metals, and one for metalloids. Different writers can use various categorization schemes based on the properties of interest. Or you can put them in three classes; metals, non-metals, and metalloids.

Information Given In the Periodic Table

Chemistry is not limited to activities that happen in the laboratory. Everything on this planet is made up of atoms – the same elements seen on the periodic table. Your first experience with the periodic table may be quite intimidating at first. In reality, most students find it quite confusing. With such a vast volume of information presented, students sometimes miss and mess up all the information on the table. However, with a clearer knowledge of the details provided to you in the periodic table, it can be easier to tackle chemistry issues.

The following information is present on the periodic table:

There is also the atomic symbol. An atomic symbol is an abbreviation that represents an element. For example, H for hydrogen. These symbols are used globally.

Periodic patterns are based on the Periodic Law, which specifies that when chemical elements are listed according to increasing atomic number, all of their properties undergo gradual changes, with elements with identical properties repeating at intervals. We have explained the periodic trends for you in the paragraphs below:

Atomic radius is the atomic nucleus’s distance to the outermost stable orbital electron of an atom at equilibrium. Atomic radius grows when you go down a group due to the introduction of a new energy level. Covalent radius, Van der Waals radius, metallic radius, and ionic radius are the four types of atomic radius.

Ionization energy is used to detach electrons from gaseous atoms or ions. It is different for electrons with different atomic or molecular orbits.

The ionization energy continues to increase as you go from left to right across a period or up a group in a periodic table.

Electron affinity is measured only for atoms and molecules in the gaseous state. Interactions with other atoms or molecules can modify their energy levels in solid or liquid states.

Electronegativity is the tendency of an atom to attract the shared pair of the electrons between the two atoms.

Trend-wise, when you go from left to right across a period in the periodic table, electronegativity increases due to the greater attraction that the atoms receive as the nuclear charge increases. As you godown a group, electronegativity decreases due to an increase in the space between the nucleus and the valence electron layer, which lowers the attraction, making the atom less attractive to electrons or protons.

The metallic character indicates the reactivity of a metal.

The word “family” is used to describe elements that share similar characteristics—not only in terms of visible behavior but also in terms of atomic structure. Below is a periodic table showing the common family names: 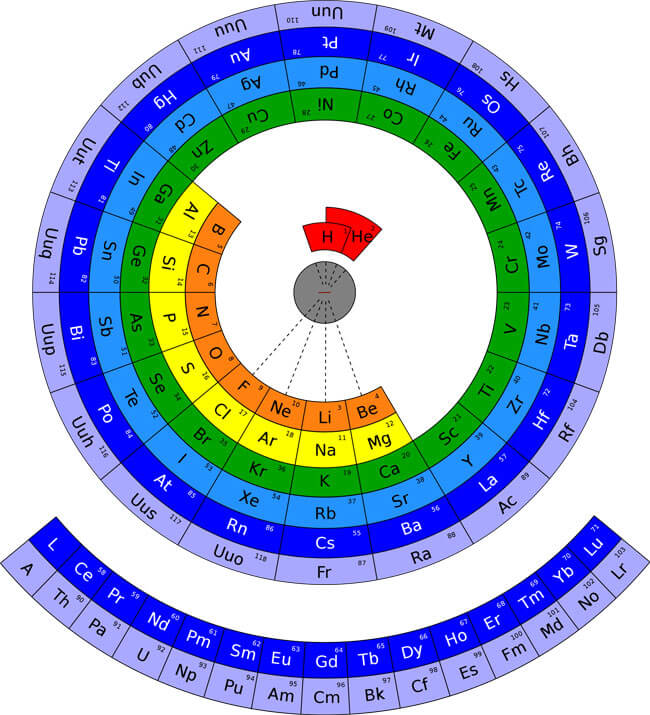 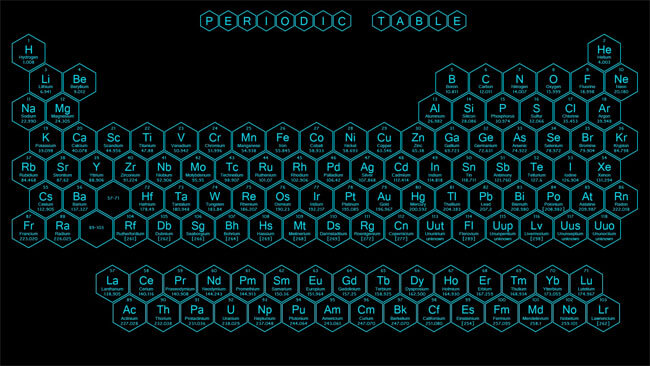 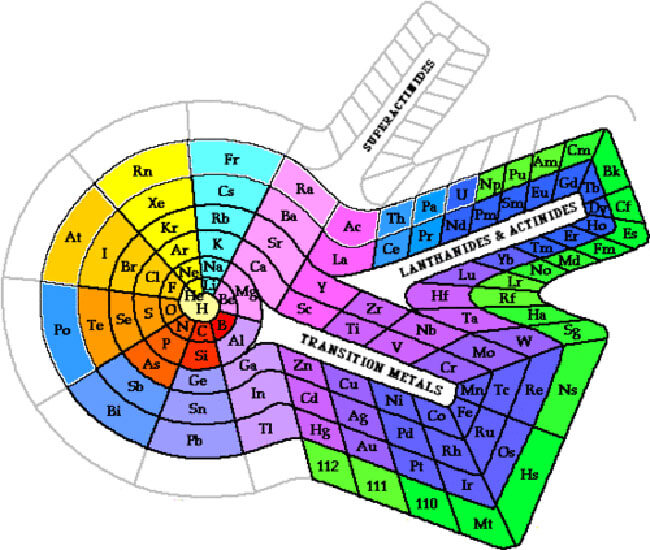 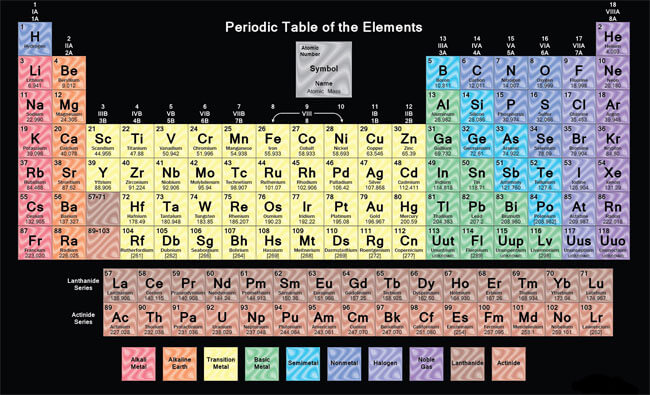 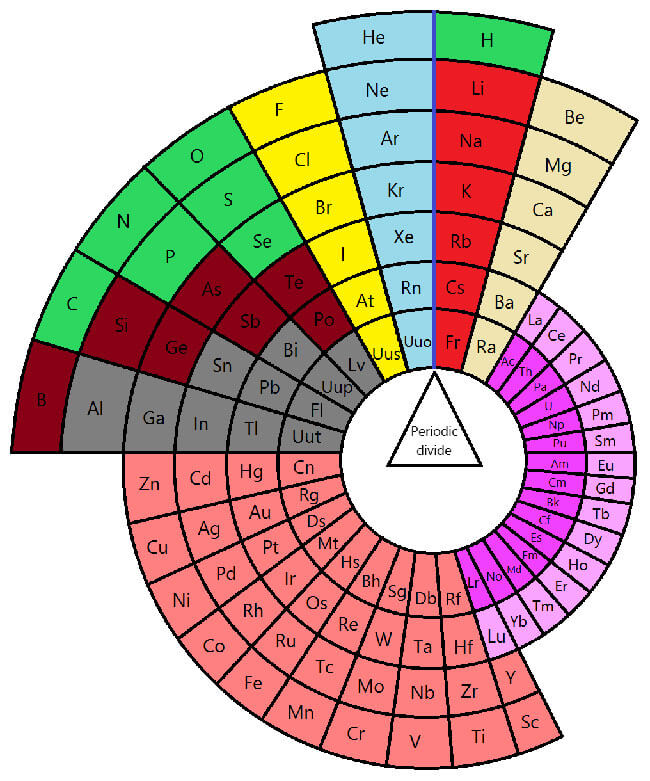 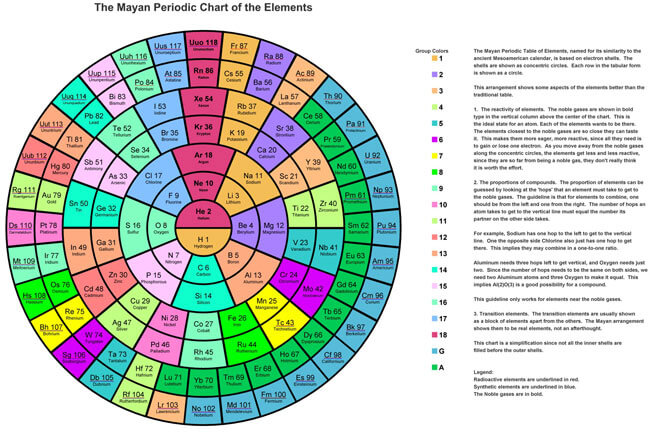 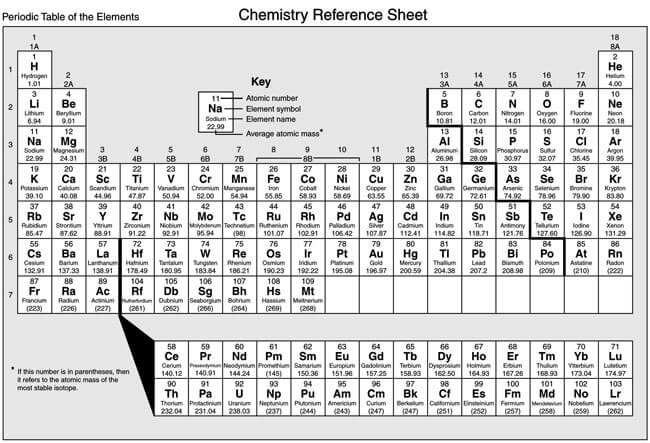 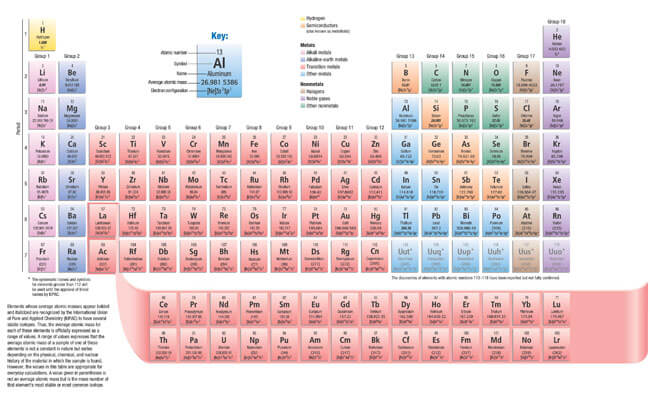 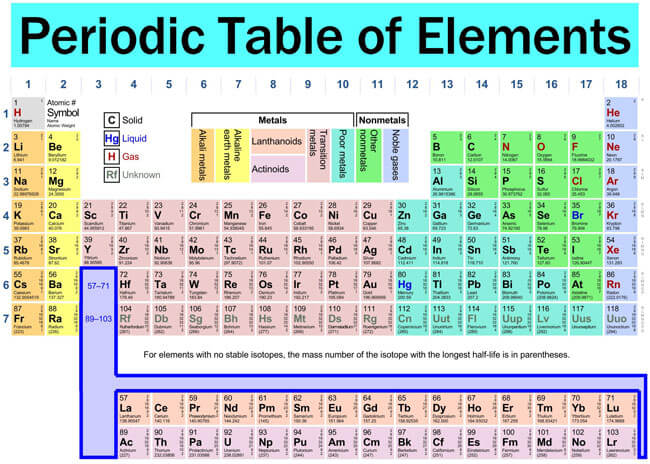 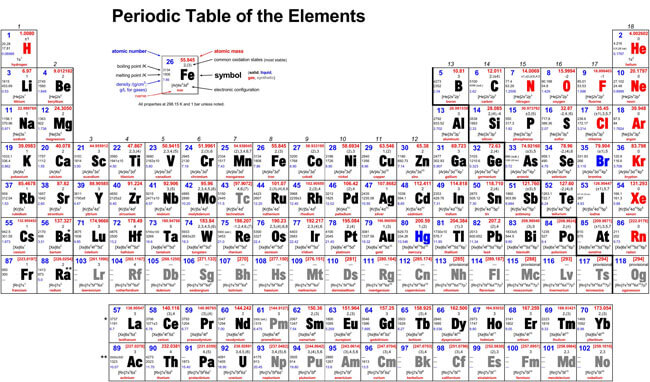 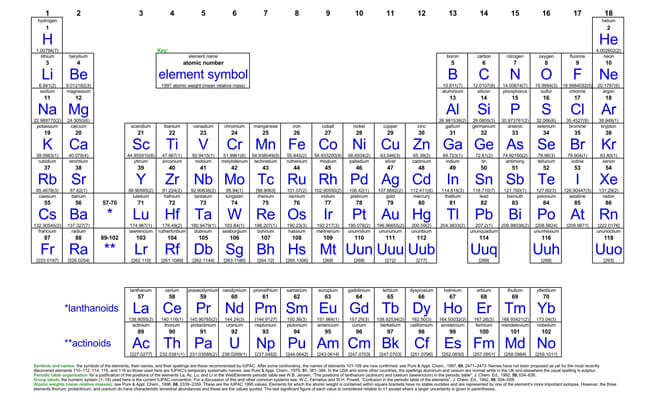 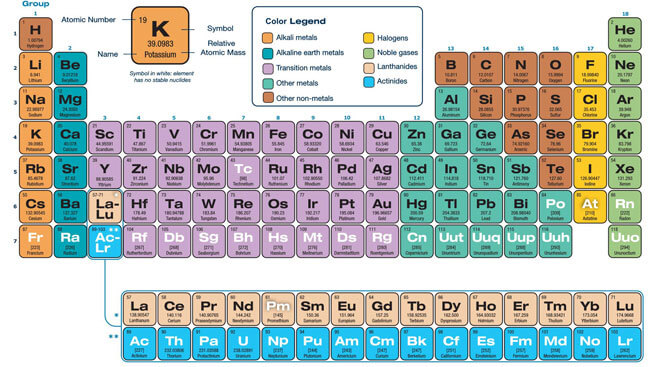 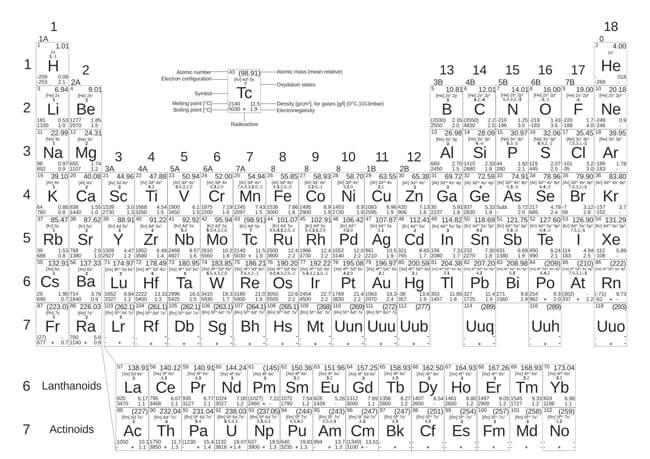 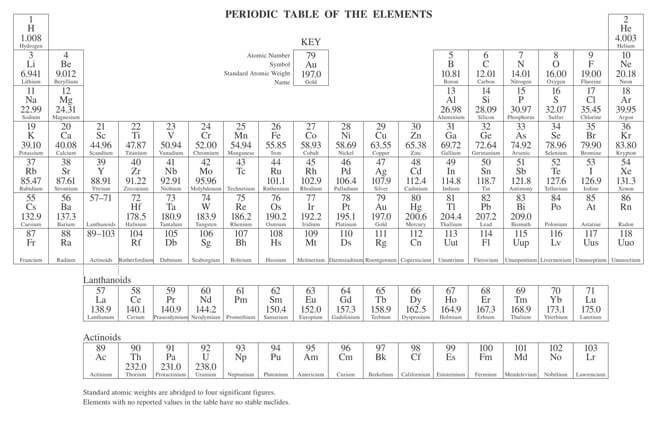 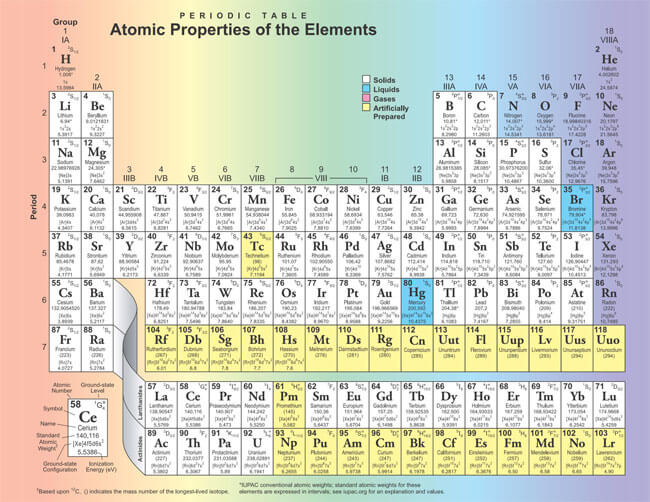 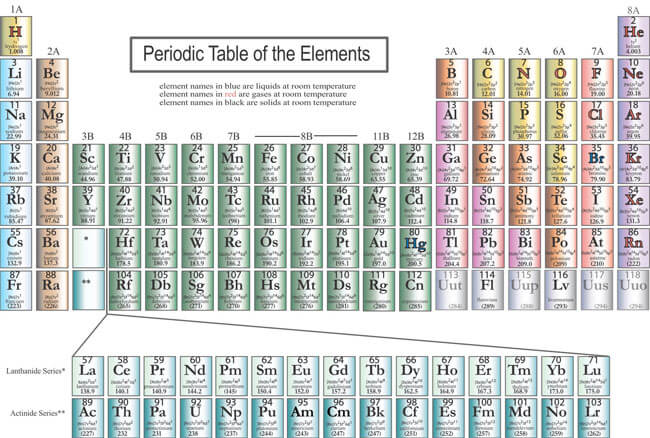 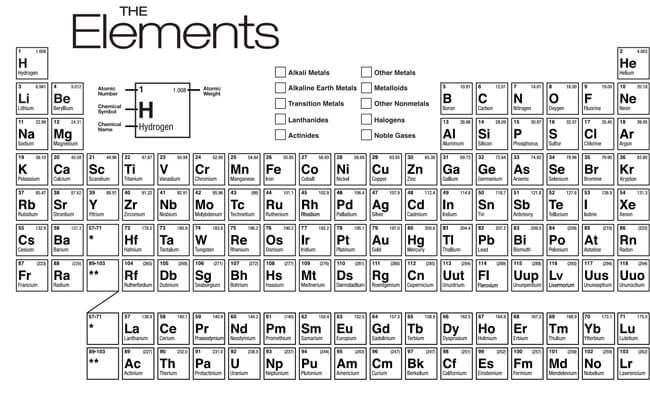 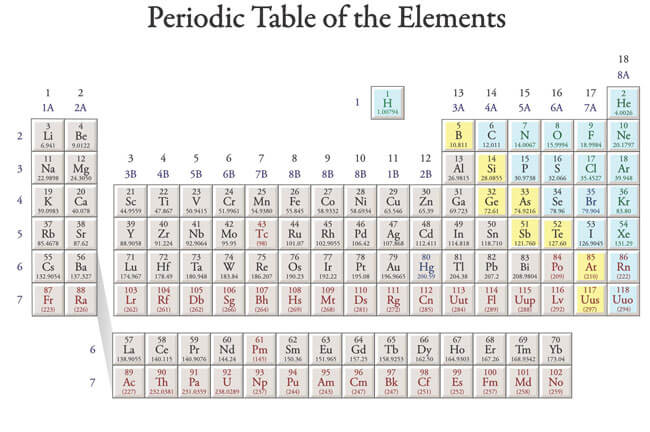 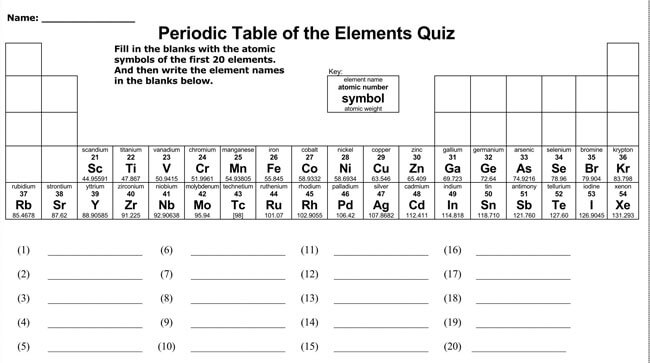 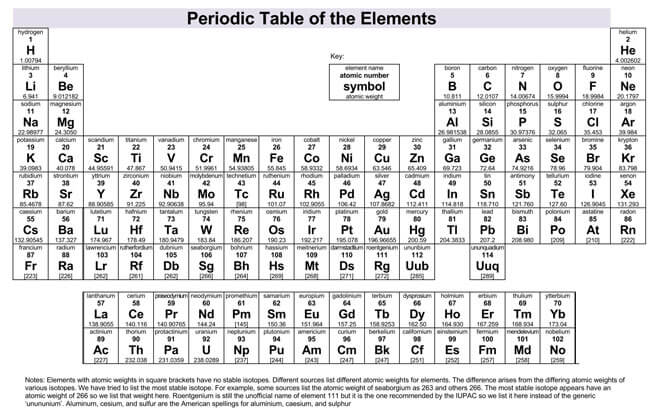 Which element was discovered first?

The discovery of individual elements was a required condition for the creation of a periodic table. While gold, silver, tin, copper, lead, and mercury have been known since ancient times, the first element discovered was phosphorous in 1649 by Hennig Brand.

What metal contains the highest melting point in the periodic table?

With a boiling point of 3,422 degrees Celsius/6,192 degrees Fahrenheit, Tungsten has the highest melting point of all metals.

Why is gold named as ‘Au’ in the periodic table?

‘Au’ is derived from the word ‘Aurum’ even though the word gold is Anglo-Saxon.

Who is known as the ‘Father of the Periodic Table’?

Dmitri Mendeleev is widely and popularly known as the father of the periodic table.

You can use the periodic table’s organization to establish the relationship between the different properties of the elements and predict the chemical properties and behavior of undiscovered or newly synthesized elements. Russian chemist Dmitry Mendeleev published the first recognizable periodic table in 1869, created primarily to explain the then-known elements’ periodic patterns. He also predicted certain properties of unspecified elements that were supposed to fill the gaps in the table. Most of his predictions quickly proved accurate, resulting in gallium and germanium discoveries in 1875 and 1886, which verified his predictions.

How to Write an Essay Outline | 9 Types, Format, Examples

How to Do Technical Writing? Its Forms, Uses, and Examples