Typically, a contract case is filed in a court of law when one or more parties in an agreement claim that it was breached. So how can you define a breach of contract? This refers to the failure to fulfill a promise that constitutes an agreement without a good legal excuse or reason. It includes failing to execute an agreement in a way that meets minimum industry standards. Contract breach also consists of failure by at least one party to fulfill the requirements of a warranty made either expressly or by implication.

When one party claims that a contract has been violated, the presiding judge must provide answers to several questions, key among them if an agreement existed in the first place, what each party was required to do, and if there were any modifications made to that pact.

Identifying the Types of Breach of Contract

Contraventions of a contract can be broadly classified into the following:

This happens when at least one party receives benefits or outcomes that are considerably less than the specifications in that contract. It can consist of failure by one party to execute obligations that were set out or failure to carry out agreed obligations within the specified timelines.

This is a situation whereby deliverables of that pact were eventually received by one party, only for that party to fail to accomplish part of the requirement. A minor breach is also commonly referred to as a partial violation or immaterial breach. In a case like this, the aggrieved party can only pursue that matter if proof can be provided that the same party suffered financial loss.

This refers to a case whereby an actual contravention is yet to happen, but one party has signified their unwillingness to perform contractual obligations.

This happens when at least one party to a contract refuses to execute their obligations within specified timelines. It also happens when one party carries out their duties, but they are not done properly or with perfection.

What a Breach of Contract Letter Is

This is a document written by one party to notify the counterparty about the violation of the contract. Often known as a demand letter, this written notice should strictly stick to terms and conditions provided for in the contract related to requirements for the filing of the notice.

The major elements present in a violation of contract letter are:

• Intended method of delivery
• Address of the aggrieved party/ complainant
• Address of the intended recipient
• Date of composition
• Appropriate address of the intended recipient (e.g. Dear Hemingway Incorporated)
• Description of the alleged breach
• Description of remedy (if any) that the agreement may have provided for
• A closing paragraph that indicates actions that you intend to take
• Name and signature of sender/ complainant
• Indication of nature of contract contravention
• Suggestions for acceptable remedies
• Indication of willingness to resolve the dispute out of court

Remedies For Breach of Contract

There are four major remedies that are available for a party who files a claim for breach of contract. They are listed below

The primary objective of this remedy is to re-establish the status quo, that is, the state of affairs that subsisted before the formation of the contract. It is retrospective in the sense that the agreement is revoked from the onset.

This is the amount of money given to an aggrieved party to make up for loss occasioned by actions or omissions of another party. It is also referred to as actual damages. The goal of this remedy is to make the party who has filed that claim whole. It is substantially different from punitive damages, whereby money is awarded to penalize the wrongdoer.

The primary goal of restitution is to help attain fairness and prevent the occurrence of unjust enrichment. The remedy is typically applied in situations whereby one party has provided benefits to another, but it is impossible to collect payment since the contract has been proved to be defective.

This is a common remedy ordered by courts in situations whereby other remedies would not sufficiently recompense the aggrieved party. 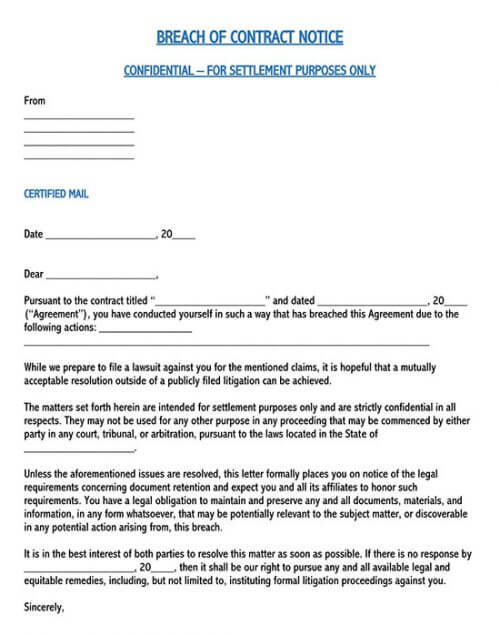 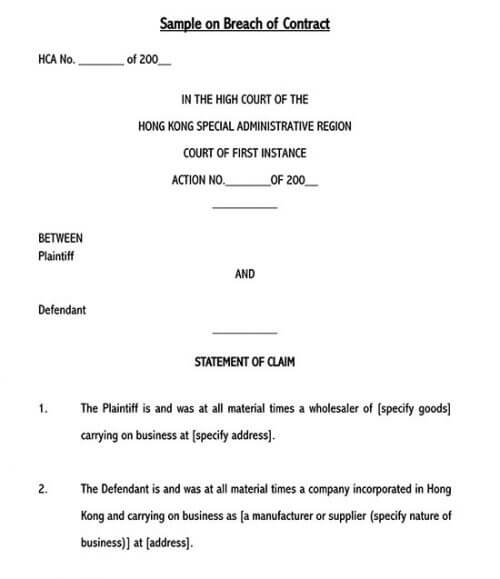 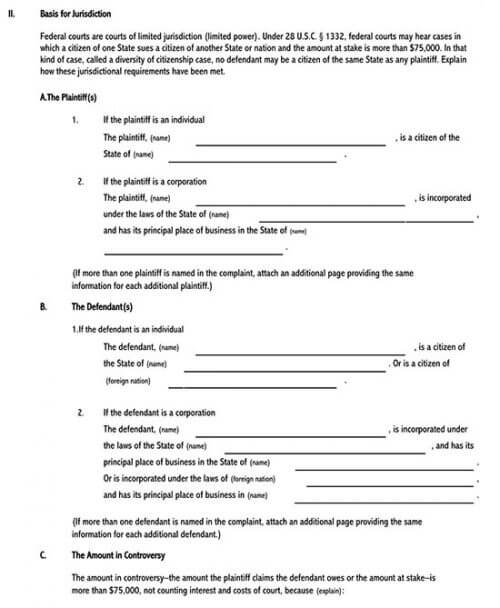 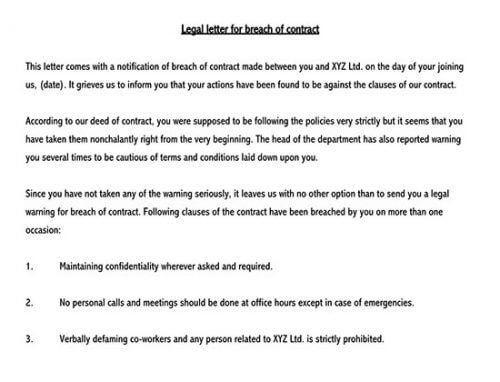 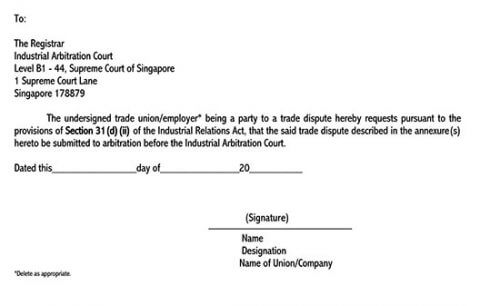 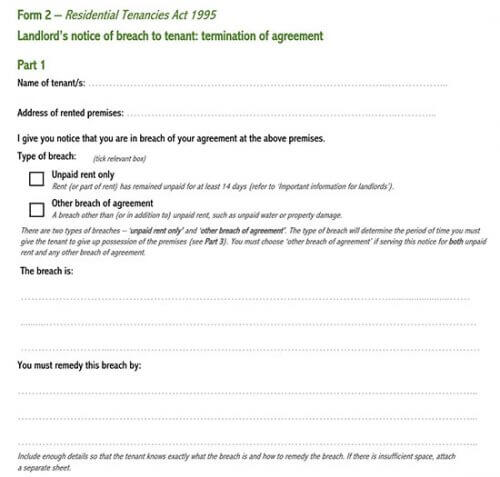 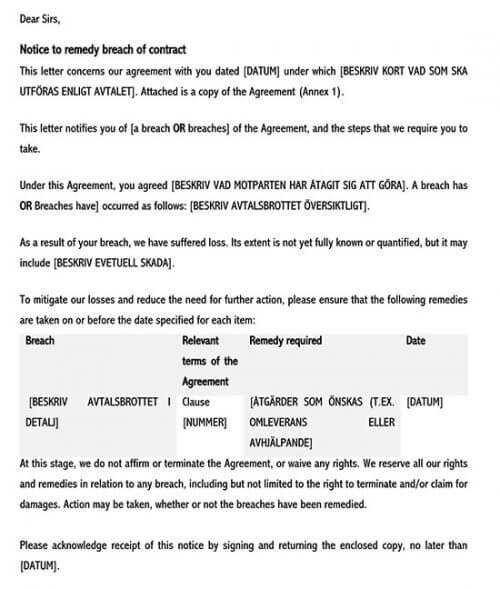 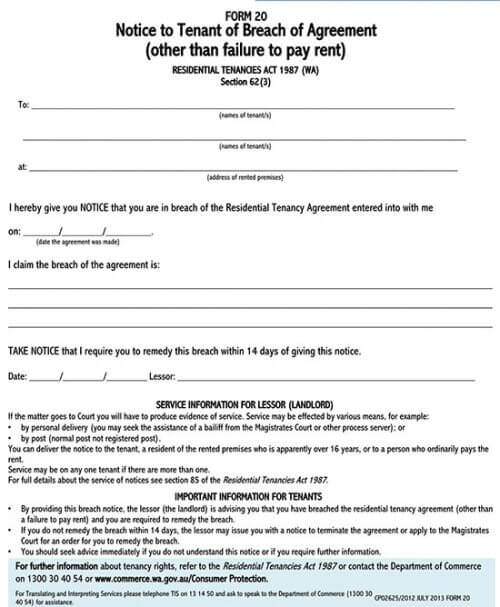 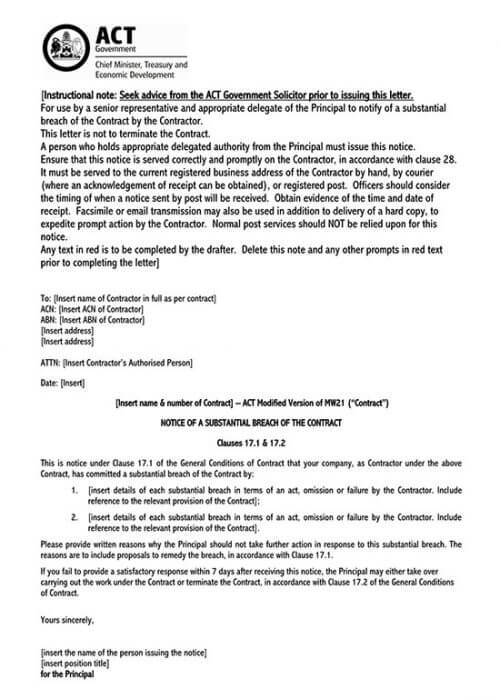 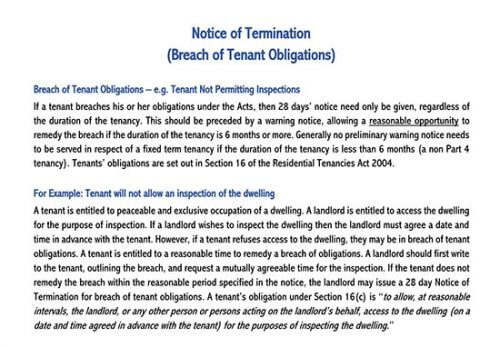 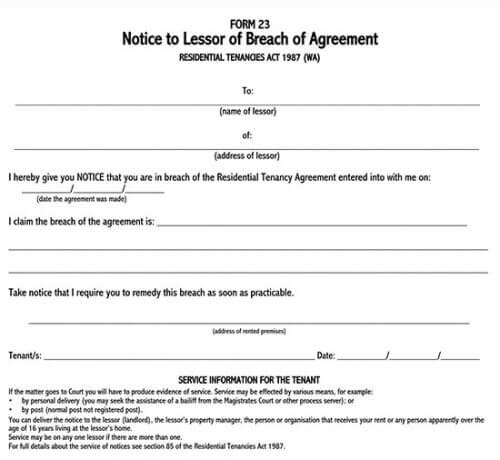 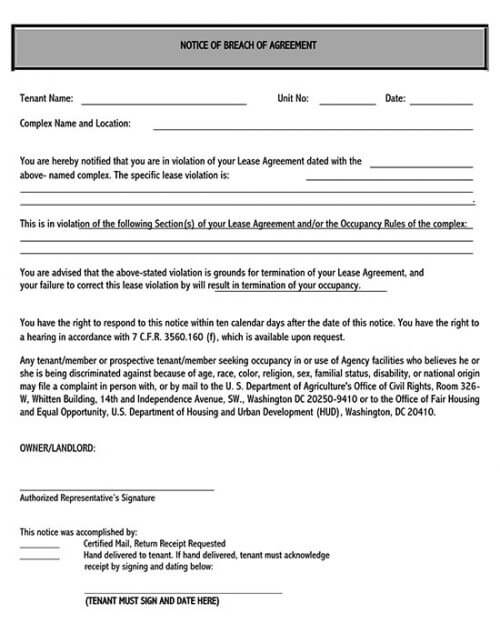 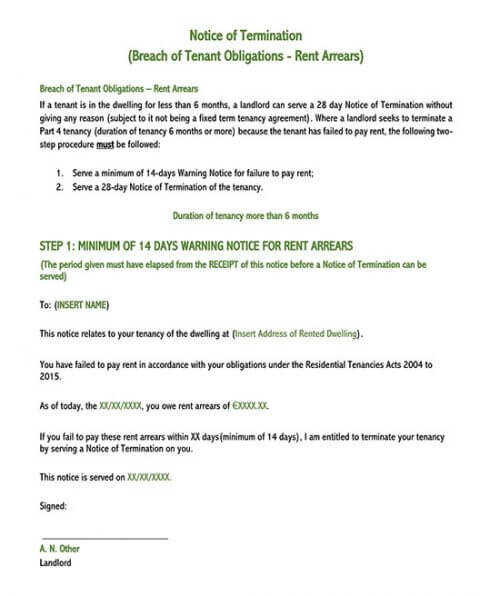 How to Respond to a Violation of a Contract Letter

Once you receive a breach of contract letter, the ball would have been effectively thrown into your court. Together with an attorney, decide what the most appropriate response would be.

Ensure that the letter is in compliance with provisions of state law. In many legal jurisdictions, a demand notice must be dispatched prior to any lawsuit to enhance the possibility of settling that matter out of court.

Find out if the demand notice may be part of a wider scheme run by swindlers. Even though most of these letters are genuine, there is still a need to proceed with caution. Carefully appraise the signature and other information contained in that letter. Some people send out misleading mail, hoping that unsuspecting recipients would provide vital, classified information that can be utilized for identity theft.

There are three main ways in which you can respond to a violation of the contract letter.

Firstly, you can deny with all honesty that the contract has not been contravened.

Secondly, you can give an affirmative defense claim signifying that you were prevented from fulfilling contractual obligations by circumstances that you could not control.

Thirdly, you can apologize for the mistake and find out if the aggrieved party is willing to let you provide a fix or solution for the breach by a new deadline agreed upon by both of you.

How can you prove that a contract has been materially breached?

A material violation of the contract is a situation whereby one party fails to execute the contractual obligations, and the failure is so entrenched at the core that it makes the pact broken beyond repair, and also defeats the whole purpose of getting into the arrangement at the beginning.
To prove that an agreement has been materially violated, the following factors are taken into consideration:
• Is the complainant deprived of the core of what the whole agreement was about?
• Is it possible to compensate for the complainant?
• What is at stake for the defendant/ party in breach?

Do I need a lawyer to sue for breach of contract?

The answer is yes. An attorney is an expert who is well versed in legal matters. Typically, the matter would be heard and determined in a court of law where the main language of communication is complex legal jargon. It is difficult for a layman to understand the legal jargon, so it is advisable to hire a lawyer.

Can you sue for breach of contract?

Yes. In fact, this is what you are advised to do if you get into an agreement with another party, but the other party fails to fulfill their part of the bargain. When you sue for violation of the contract and the court establishes that the other party is at fault, one or more remedies would be availed to you.

When you sign an agreement with another party, there is no guarantee that the other party would fulfill their end of the bargain. Breach of contract often occurs, whereby one or more parties fail to accomplish their contractual obligations. Fortunately, civil laws in countries and states across the world have created provisions that safeguard the interests of all parties involved in contracts.
Do not get into an agreement with any party without first ensuring that there is a well-prepared contract document in place that will help protect your interests in that arrangement.