A commercial office space lease agreement is a legal document that is drafted by a landlord and issued out to a tenant. The document spells out the terms of references that shall govern the use and occupancy of the real estate property in question here.

On the whole, the standard validity time for this agreement is around 3-5 years. Other dynamics may be at play also though. Examples of these are the prevailing market conditions, the nature of the floor space, and the improvements that may be necessary.

The commercial office spaces are generally rented by the attorneys, accountants, real estate agents, and other practitioners who rely extensively on the office floor spaces. At the same time, the floor spaces are, for a large part, used for consultation.

For this type of lease, the rent is usually determined mostly on the basis of per square foot. The exact price is expressible per month or per annum.

The following are the information you have to include in the commercial office space lease agreement:

To be able to draft quality commercial office space lease agreements, you need to use a template for the same. This is basically a step-by-step wizard that asks you a couple of questions that guide you in making the final decision. It is by far the best method to go about drafting this crucial document.

It sees to it that you come up with a document that is wholly tailored to the needs. Given its comprehensive nature, this document makes sure that every aspect of the agreement is handled and taken good care of.

Lastly, this lease simplifies some of the terms that may be too complicated for you to understand. With regard to this, the agreement enables you to make more informed decisions. This way, you also get to eliminate any ambiguities. 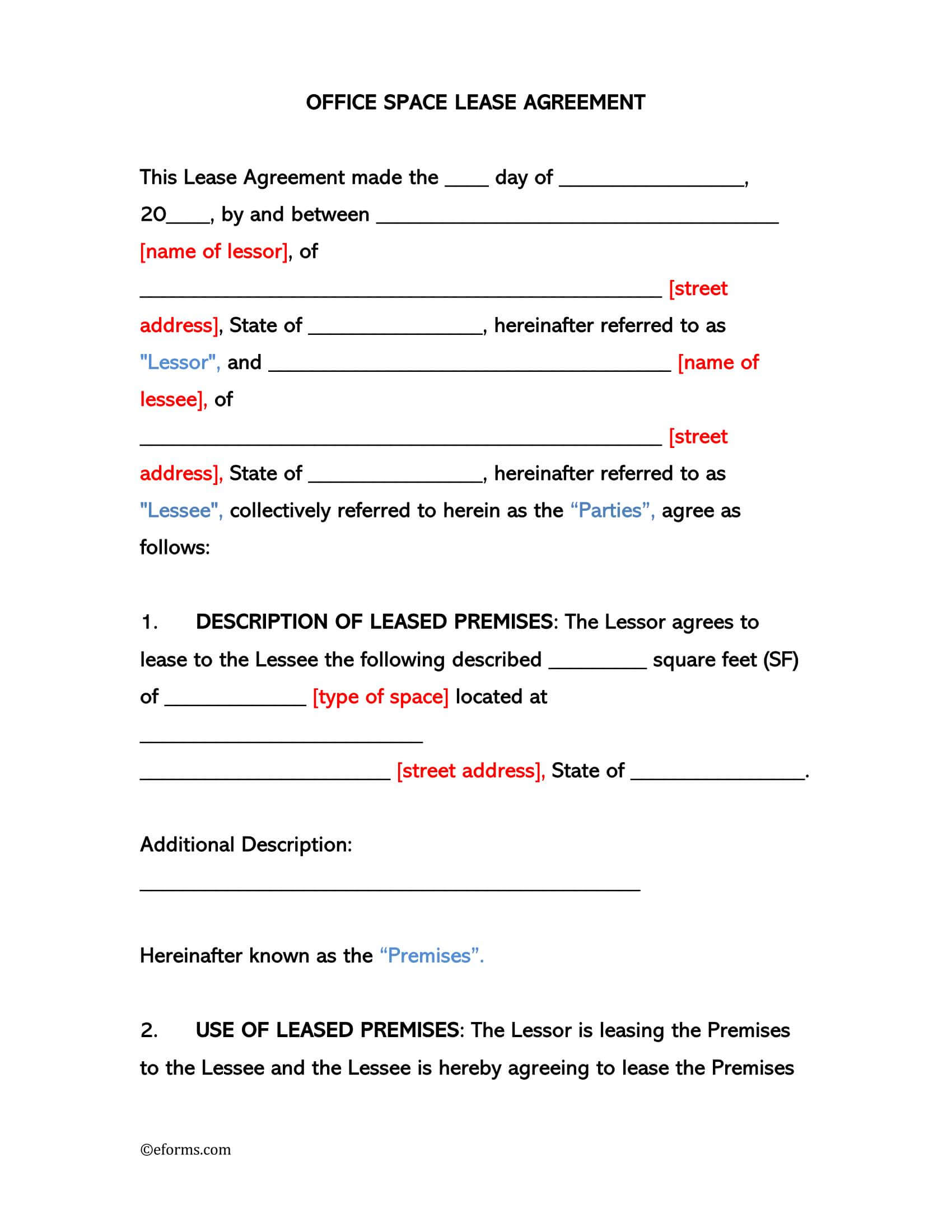 How to Fill Out a Rental Application Form [Expert Guide]