30 FREE Storyboard Templates | Everything You Need to Know

A storyboard is a way of telling a story with the help of pictures.

Different pieces of information can be described by using different pictures. The pictures are arranged so that the story can be told in a proper sequence. All the actions are represented by sketches of characters present in the story. Visual representation helps in showing emotions and facial expressions for a better understanding.

A storyboard template can be made for commercials, featured productions, serials, shorts, sitcoms, etc. They are created for different purposes by the people working in various fields, such as:

The entire story can be depicted through the storyboard, or you may choose to describe any scene from a specific part of the story. Storyboard makers use storyboards for representing different scenes of a story or a movie through images or sketches.

Many professionals use storyboards before starting the movie production for consolidating the main points of their theme, establishing the character images, deciding the locations for shooting different scenes, highlighting the important scenes, specifying the shooting frames, lighting, dresses, and makeup of all actors, and getting a visual effect in advance. In addition, storyboards help people witness the story visually before its publication so that the viewer’s perspective can be better understood.

The layout of a storyboard can be decided according to your theme and the content to be represented through it. Its layout can be:

The content may be written at any place within the frame of the storyboard or outside of it. The primary purpose is to give a comprehensive understanding to the viewers. For making a storyboard, the following are some of the essential elements that should be kept in mind:

All the arrangements that will be made at a particular place are represented through the shot image. The concept going on in the mind of the writer or producer is expressed by it. It helps explain the situation exactly by capturing the moment according to the emotions prevailing in that scene.

Assigning a scene and shot number helps the storyteller or moviemaker make any changes to a specific part of the movie or story. You can use any code word in alphabets or numbers for differentiating each scene and shot from the other one. For example, you can write “A.1”, “A.2”, “A.3”, etc. In this indication, the letter “A” represents the scene, and numbers “1, 2, 3, so on” will represent the shot number.

It should be indicated clearly whether the indentation will be exterior or interior. These are written as:

It is mentioned along with the shot number to avoid confusion while drawing a sketch or recording a video on the spot. It can also be written in the explanation part.

The shot explanation includes any other specifications related to the storyboard images. In this section following information is written:

The shot explanation may vary according to different stories or movies and even for the various scenes of the same story or movie.

Designating the page number helps you in arranging the content systematically. The page number should always be mentioned whether the storyboard is in printed form or even in digital form. It will not lead to any confusion or disarrangement of the content in both types.

How to Create a Perfect Storyboard

Are you passionate about making your own storyboard? Here are a few steps you can follow:

Page orientation can be decided according to the size of the sketch or image. It can be either horizontal or vertical. The amount of text to be written on a page will specify its orientation.

Divide the page into sections

The description tells us how a scene will be depicted exactly by an image. You can choose to add the description lines while making the sections of each page to make sure that any idea may not get skipped. You can also write a description at the end to add or delete any section.

Proper space for the page number should be specified on each page. And the space for sequence title should also be designated for writing the following specifications:

You can design your storyboard according to your story theme and other preferences if you have followed all the steps mentioned above.

There are hundreds and thousands of storyboard templates available on the internet that you can easily find online. You can also easily download customized storyboard templates from below and modify them according to your theme and the amount of information you want to add. 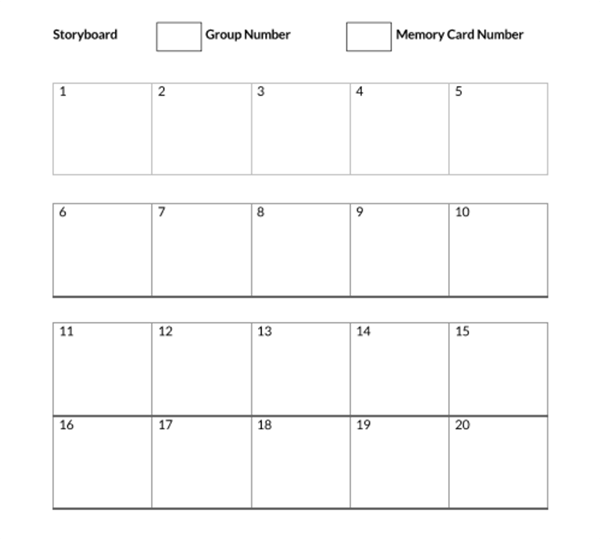 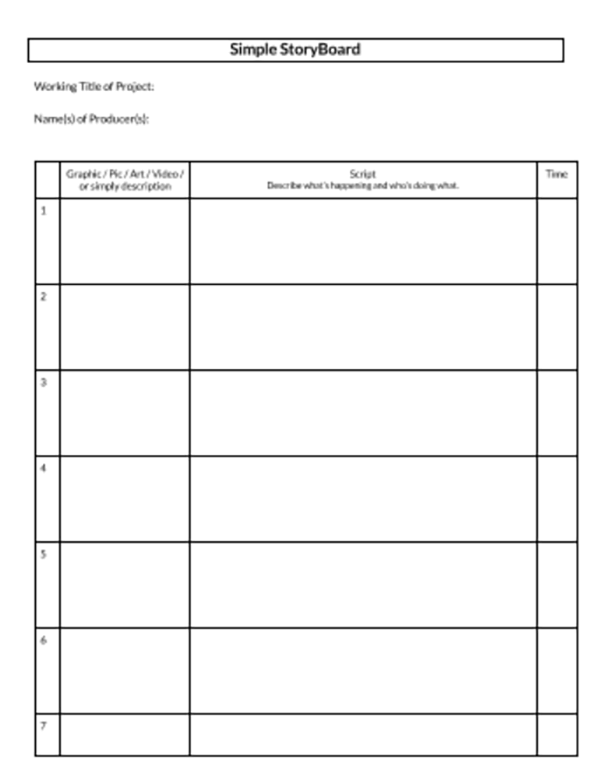 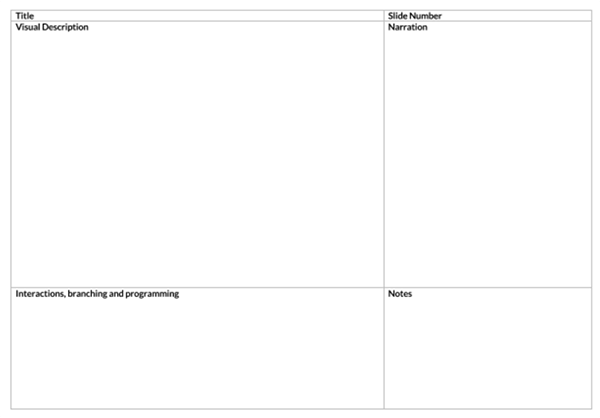 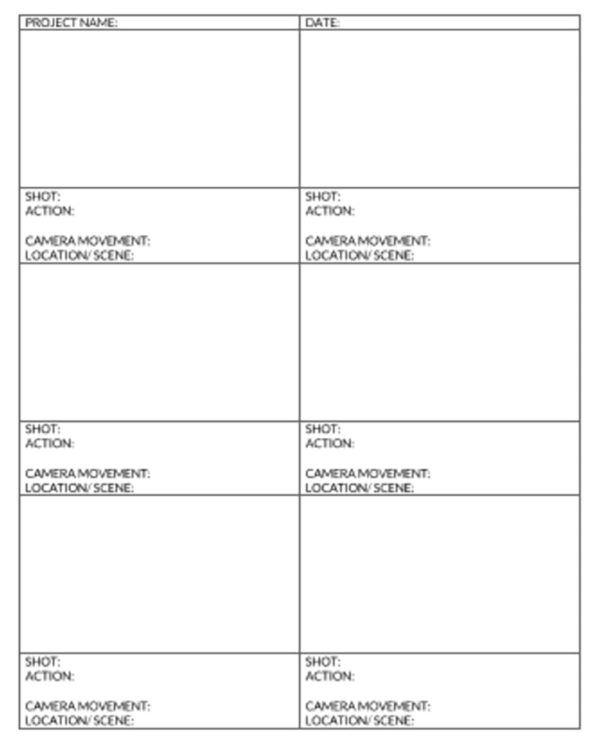 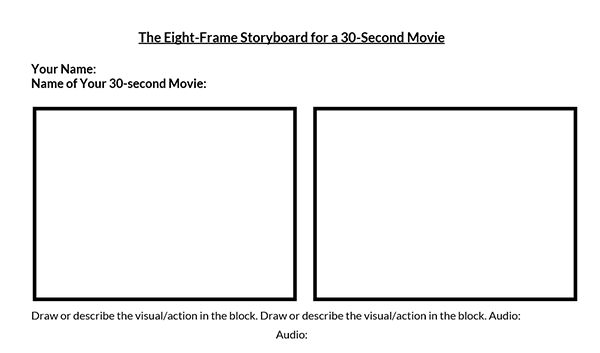 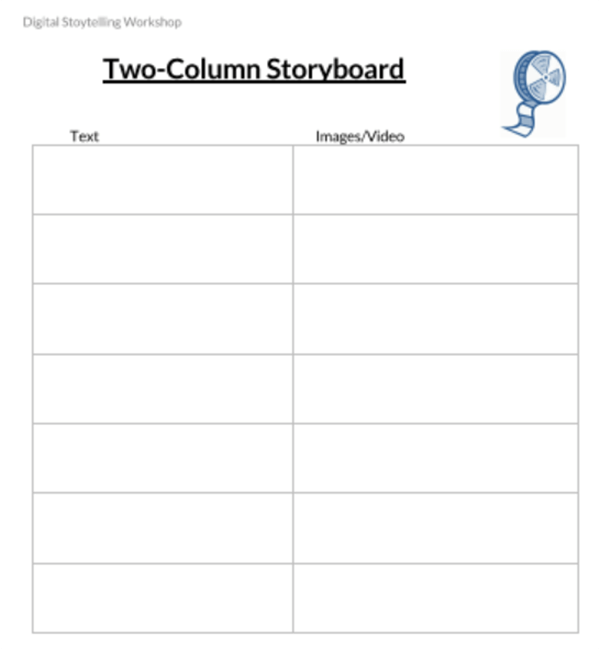 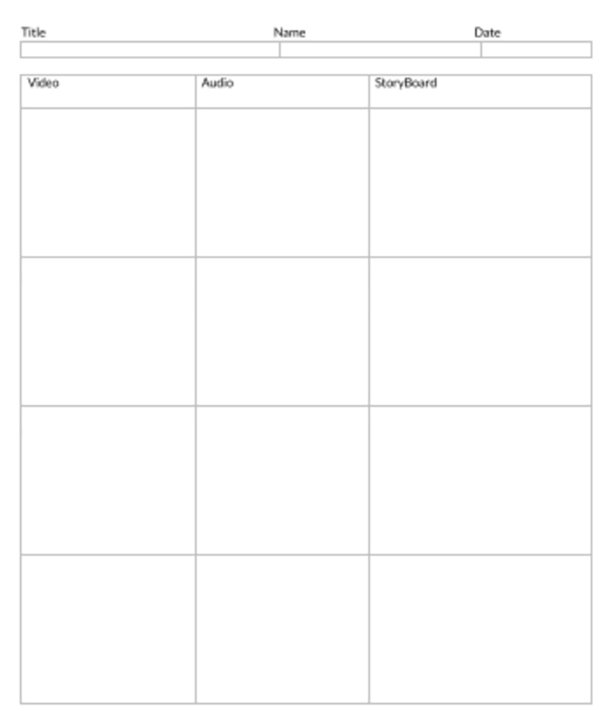 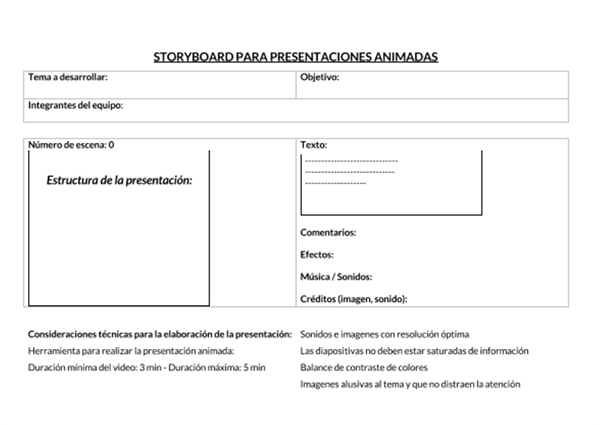 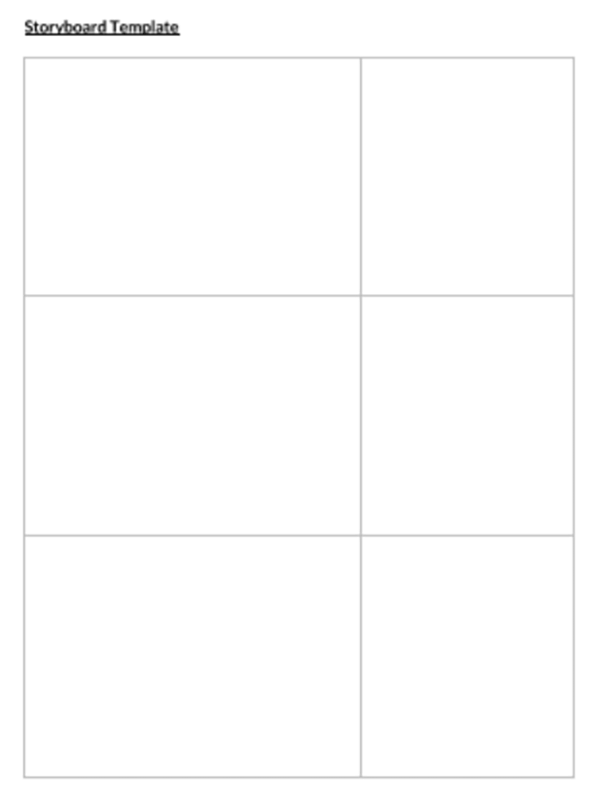 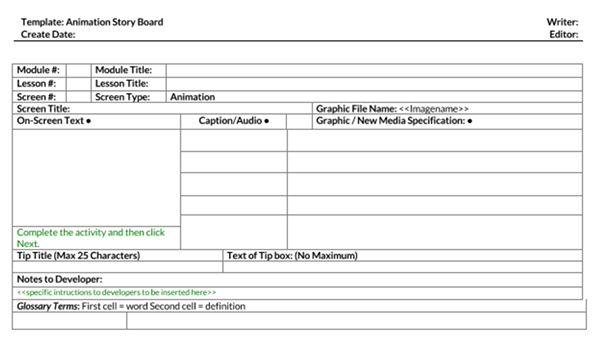 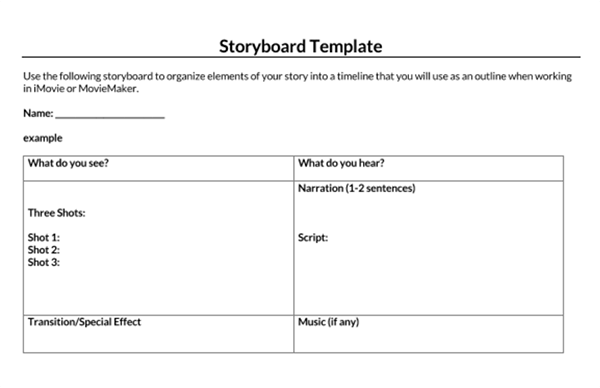 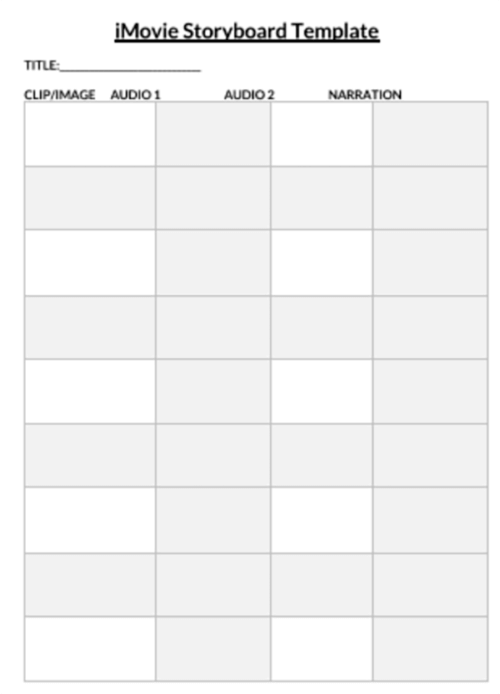 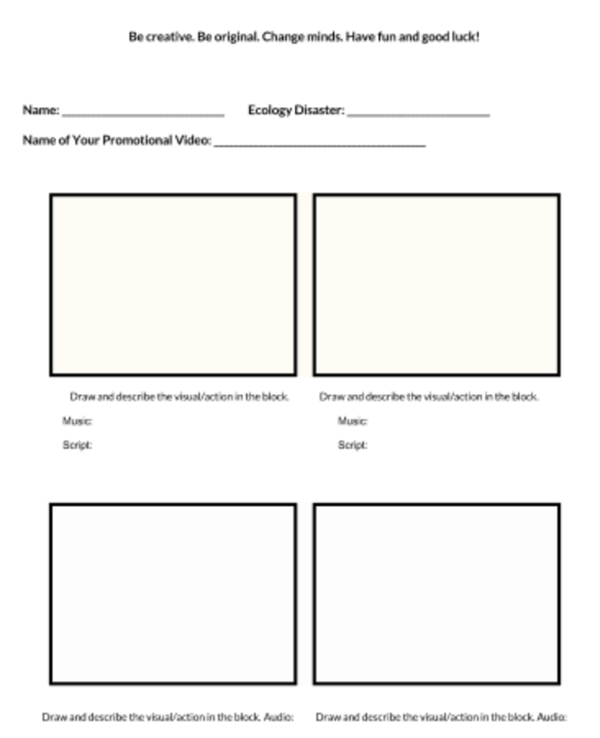 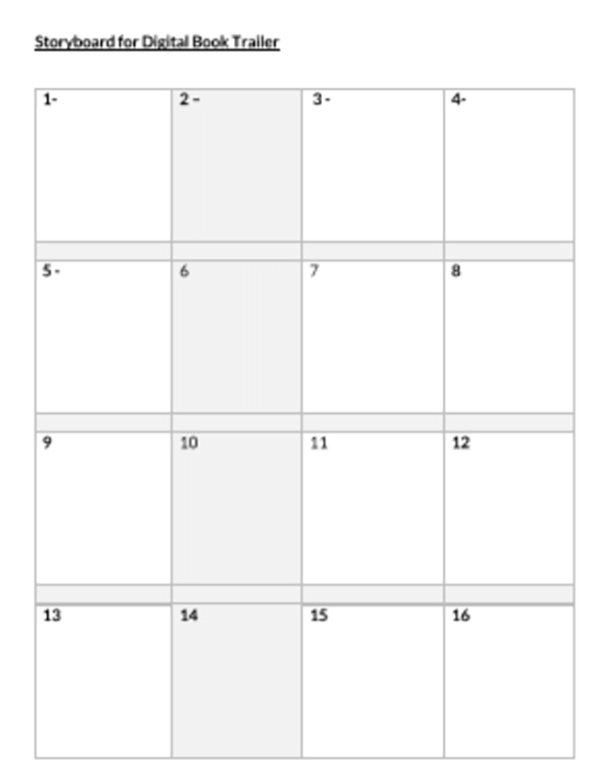 Uses of a Storyboard

The application of storyboards has increased in different sectors over more than the past 80 years. Storyboards were commonly used to describe animated stories at the first place, but now their scope has been broadened.

Some of its uses for different purposes have been explained below:

The following things can be decided in advance:

You can edit the script according to a specific scene in advance through the storyboard because the visual representation and script should be relevant. Storyboards can be used for different entertainment purposes in the film-making industry and may include commercials, TV shows, featured films, any social media video, etc.

If any information is told in the form of a story, it leaves a long-lasting impact on people’s minds. A story can be better explained in fictitious terms because people can imagine and take pictures of the characters in their minds quickly.

People belonging to different age groups may have varying levels of understanding, so the story is represented through images or sketches should be explained and formatted systematically so that everyone can easily understand it. Although you may change the storyboard templates if they are not visually appealing and do not go with the story script, it will save you from bearing any large-scale cost if it would have been recorded directly.

Teachers can adopt different strategies in this regard. For example, they can use images for illustrating a piece of text, students can be made able to learn new words through images, and various ethics can be taught to them, etc. 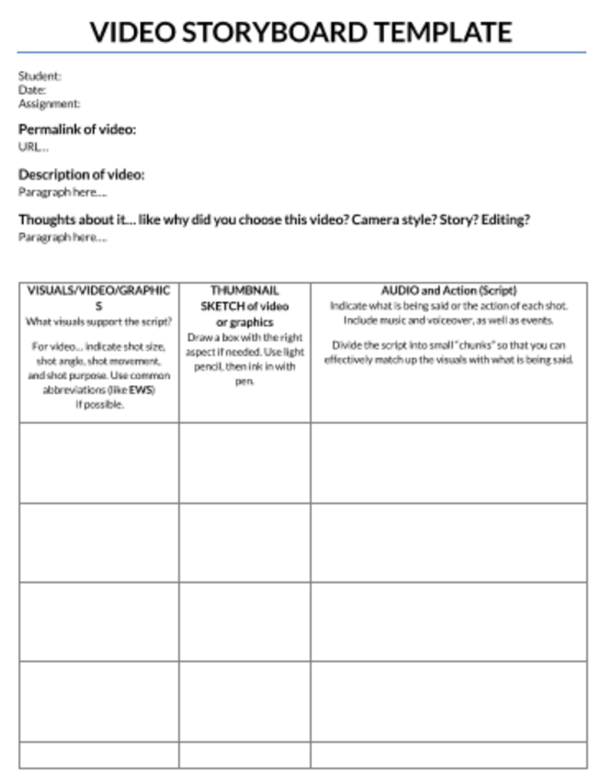 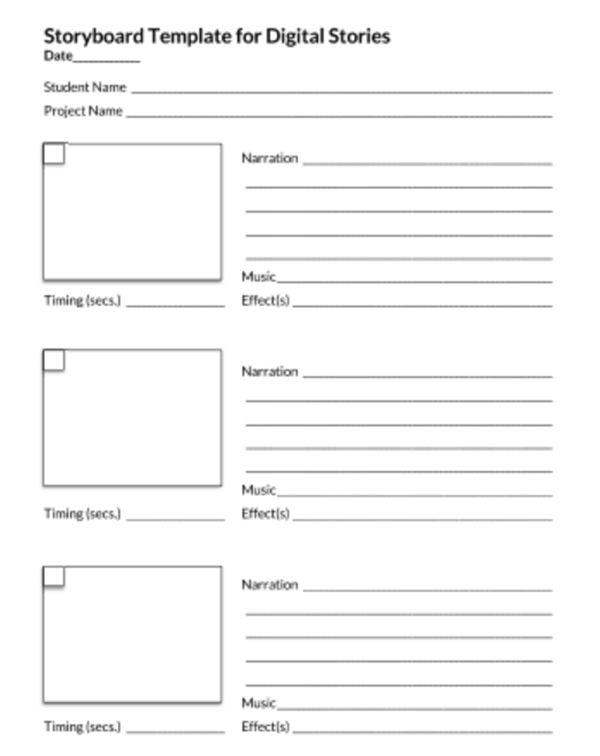 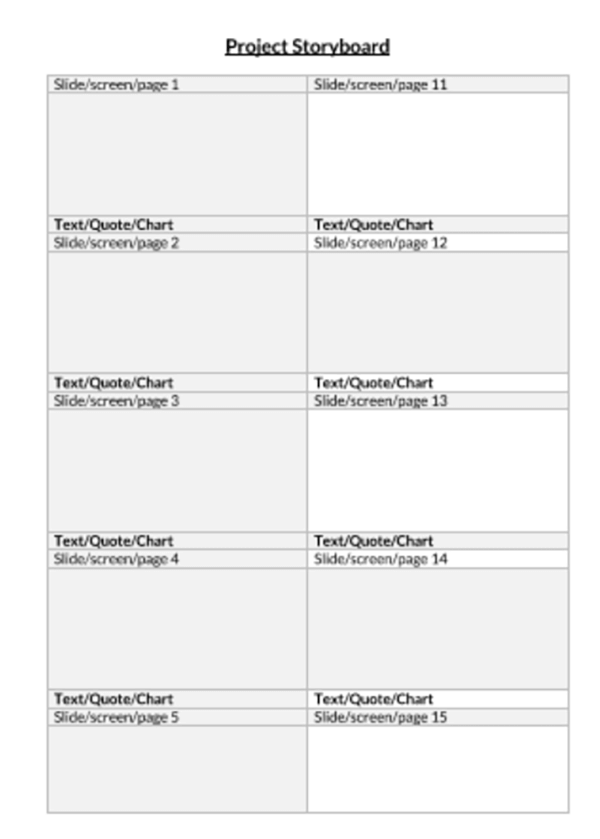 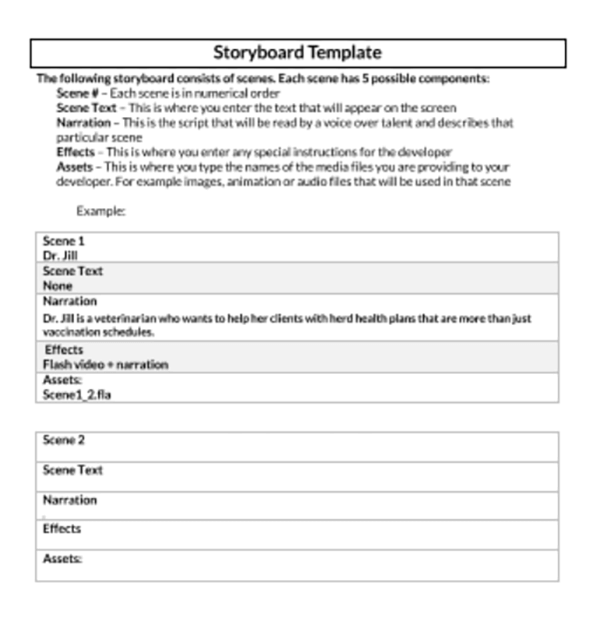 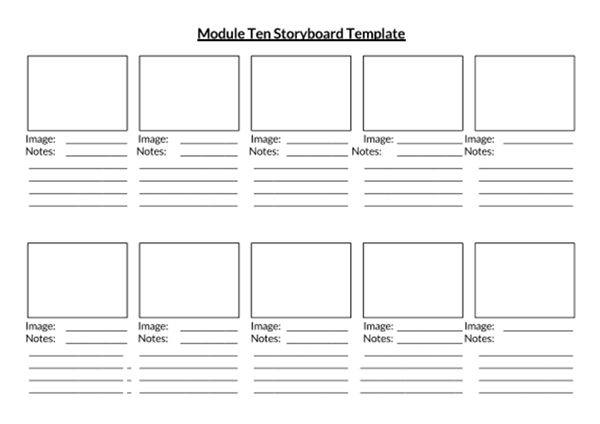 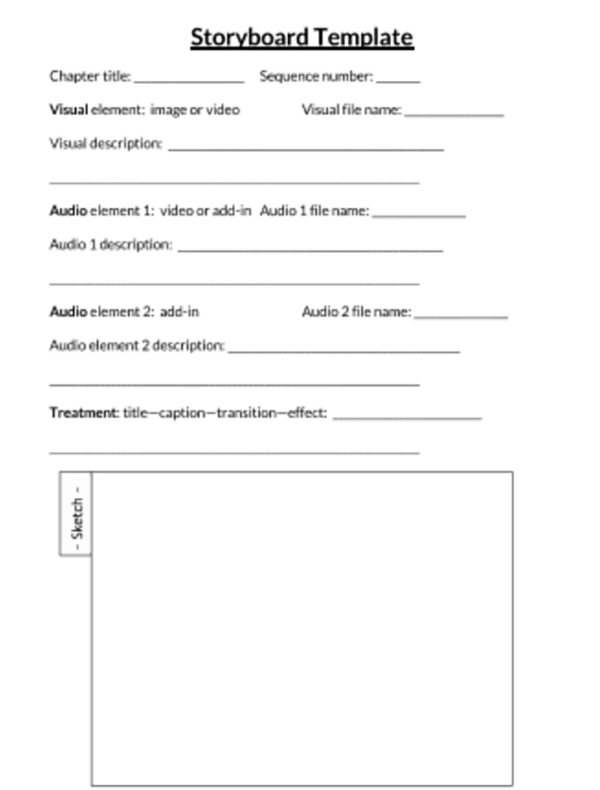 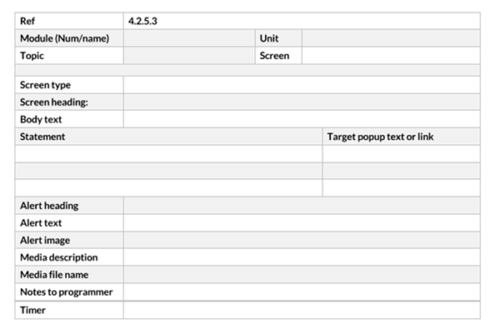 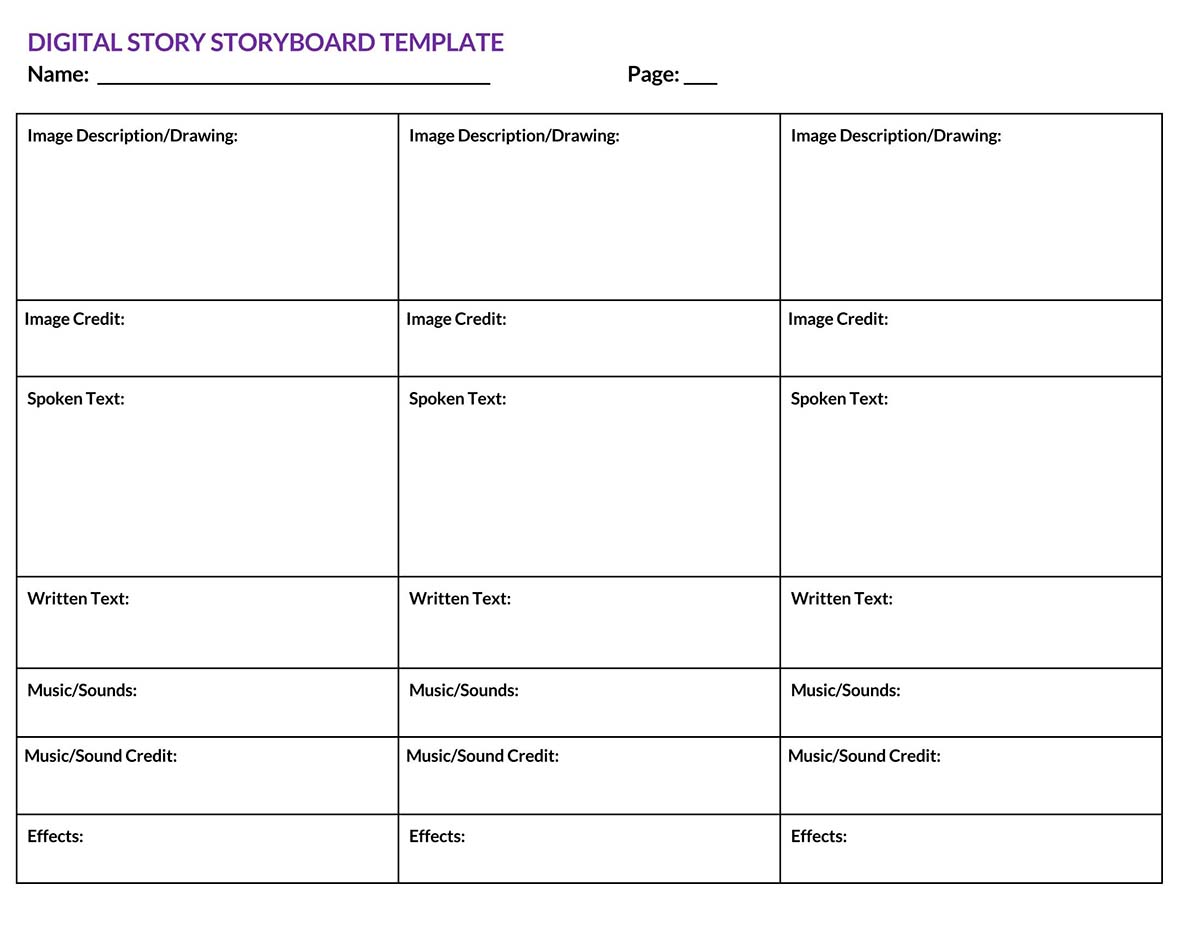 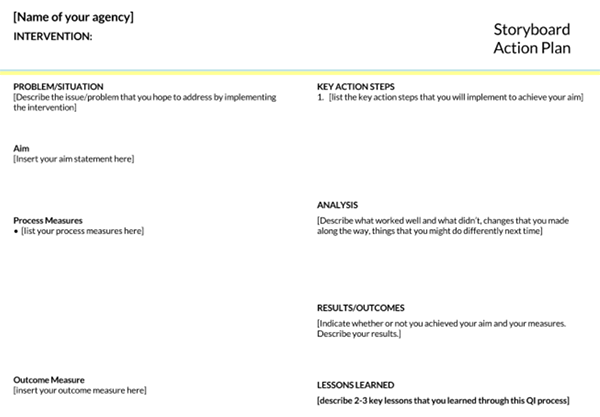 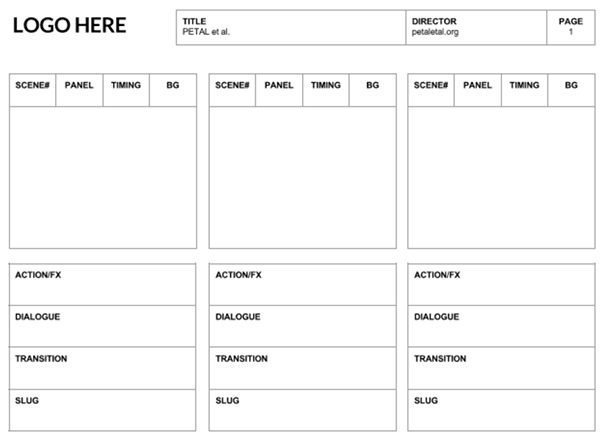 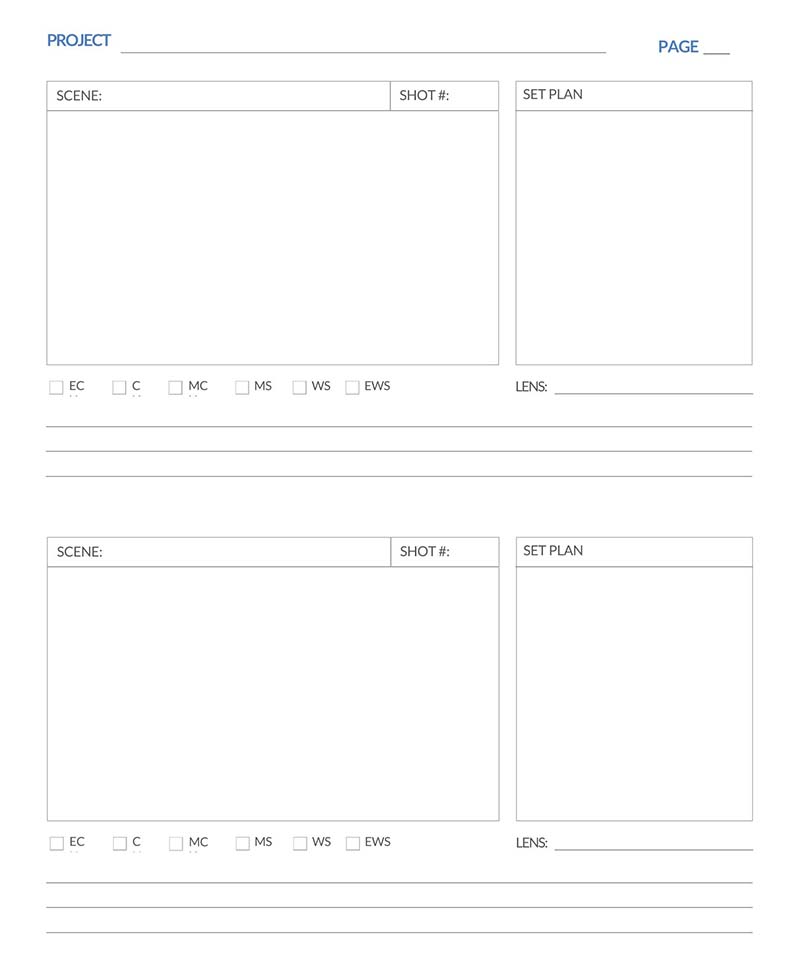 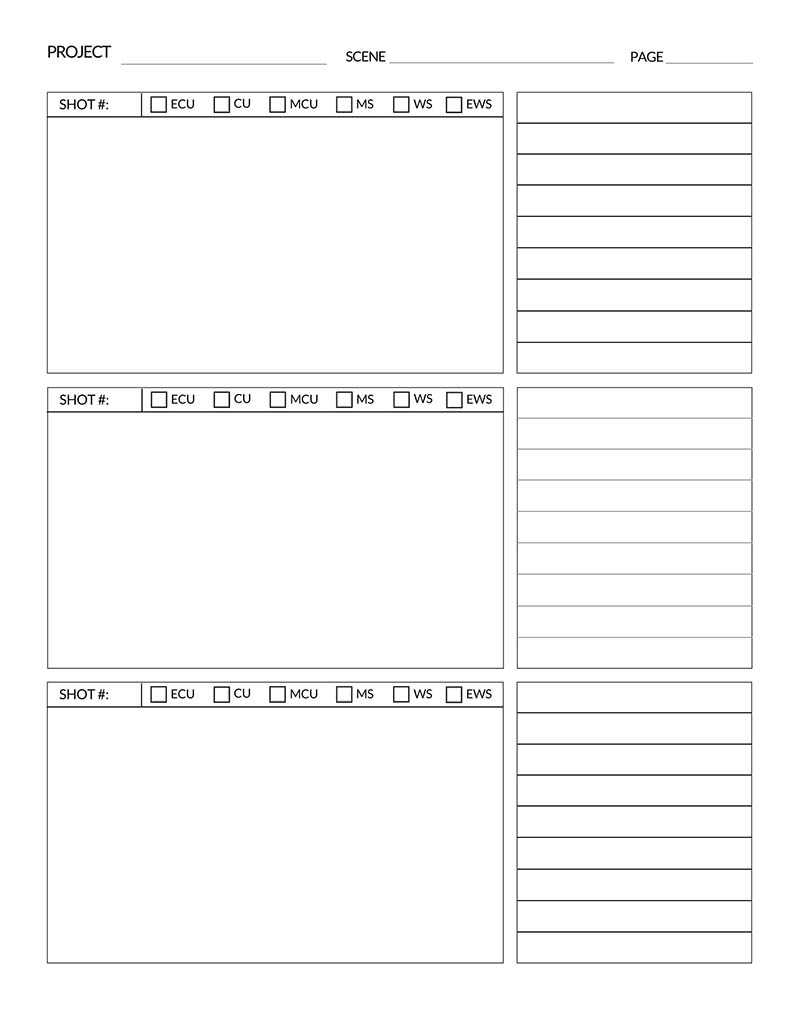 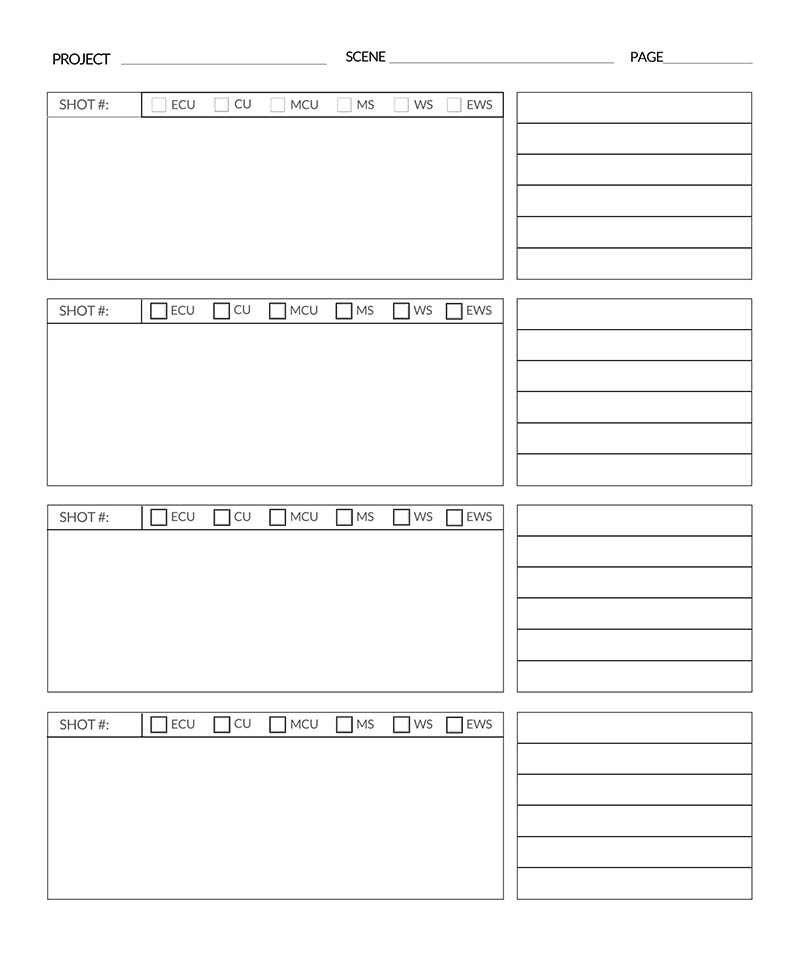 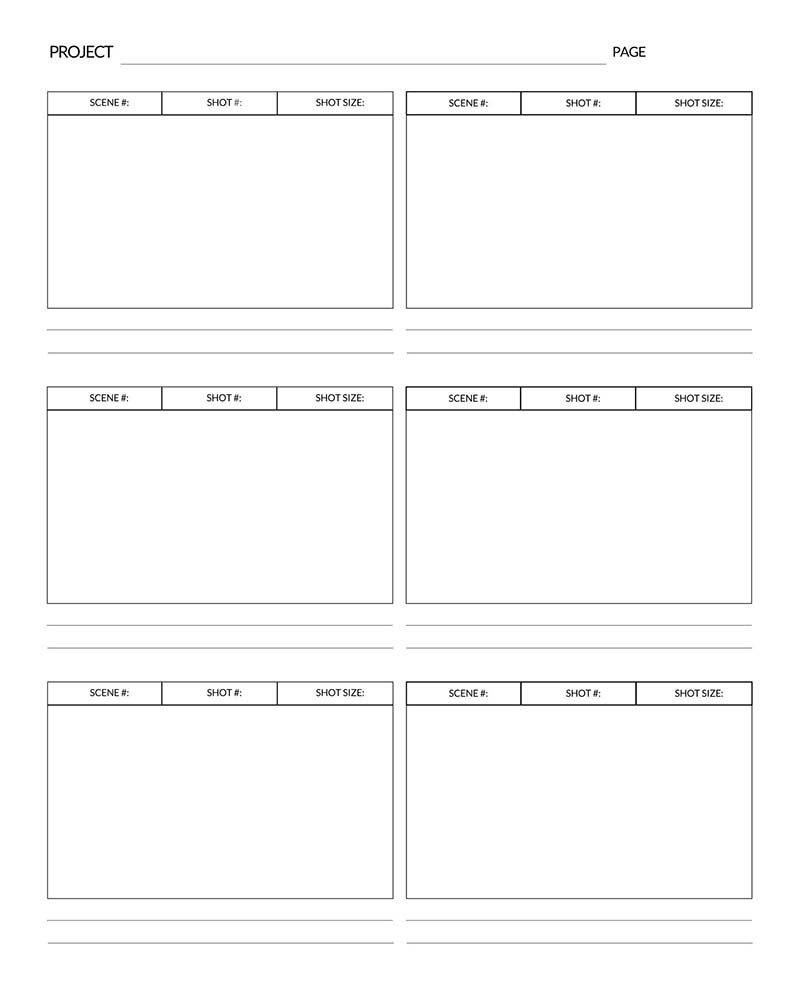 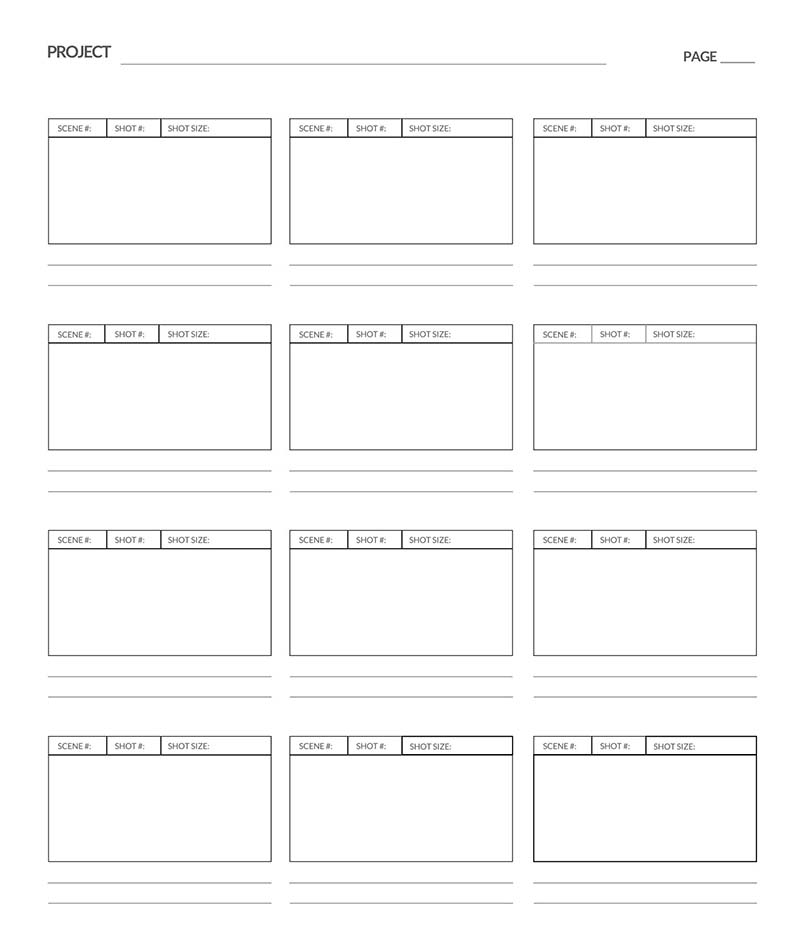 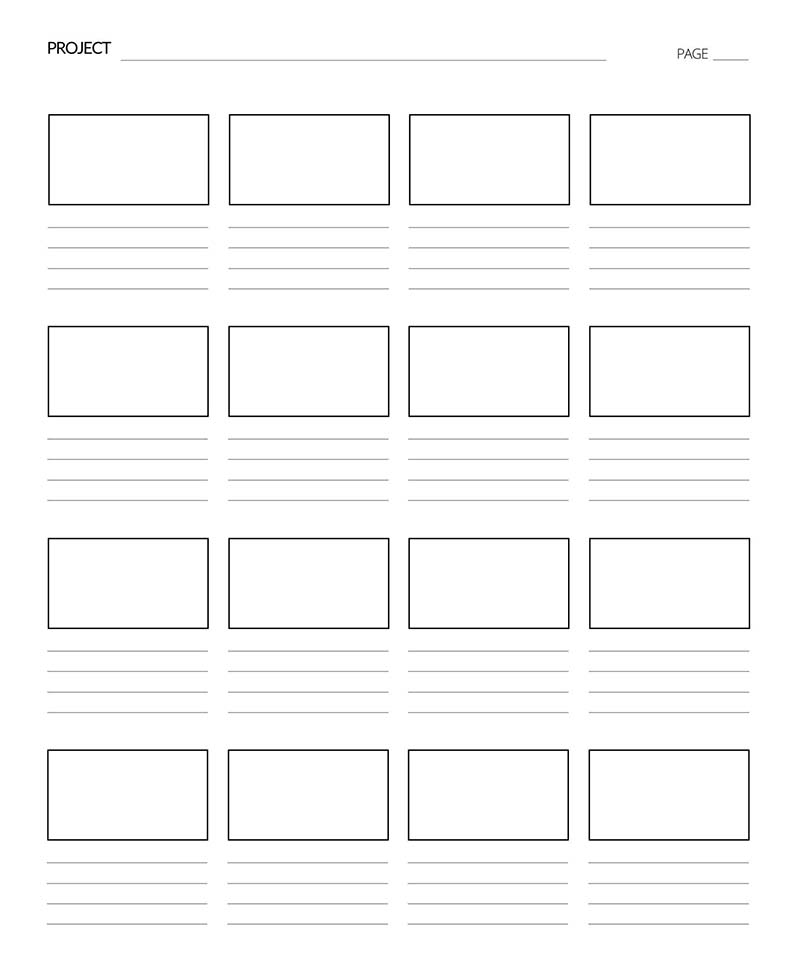 If you are planning to launch any animated story series or want to record any sort of video content, then storyboard templates can be helpful for you. You can use them for various purposes. They can help you greatly with the pre-planning of your content. Their scope ranges in different fields and is not limited to one area only.

How to Create a Realistic 5-Year Plan (Templates / Examples)

How to Plan a Training Manual (Examples + 20 Free Templates)