Debt Release Letter is an official letter sent by the creditor to the debtor along with any third party, after a debt has been paid, to inform them that there is no longer any financial obligations between the creditor and the debtor. A debt release letter is usually requested by the debtor, after making their final payment, to obtain an acknowledgment letter from the creditor to show a credit reporting agency or any other third party that the debt has been cleared and should be removed from their credit report.

Why it is Necessary to Issue a Debt Release Letter

What Should be Included in a Debt Release Letter?

The agreement one is given must include all of the following primary information:

Although creditors are obliged to collect every debt owed by their clients, the law restricts the methods used to collect them by the Fair Debt Collection Practices Act; the laws do not relieve debtors from paying what they owe. Creditors also have a right to call the debtor and demand for the payment and sue the debtors in court when it is necessary.

What are the Benefits of Obtaining a Debt Release Letter?

Owing to someone or a company, a debt ties up all your capital so that you won’t be able to do the things you want to do. The effects can be more than financial; pressure to pay debts can sometimes damage your relationships with others, your health, and also your work.

There are several benefits to paying off your debts and having a debt release letter. These benefits include;

To Whom This May Concern,

Kindly note that Paul Stevens; Ref no: A124DF5R has made their final payment of $769 for the account number: 292989181. Therefore, you should clear the debt from their account. Kindly notify the credit reporting bureaus and any other credit agencies that the debt has been cleared.

It would be best if you refrained from making any more phone calls to the person mentioned above about this debt. The debt has been cleared, and the client, therefore, does not expect to hear from you except to acknowledge that their account has been paid-in-full. Any other communication may be considered as harassment, which may lead to litigations against your agency.

Kindly confirm the debt release and, after that, delete any information about their account from your records. 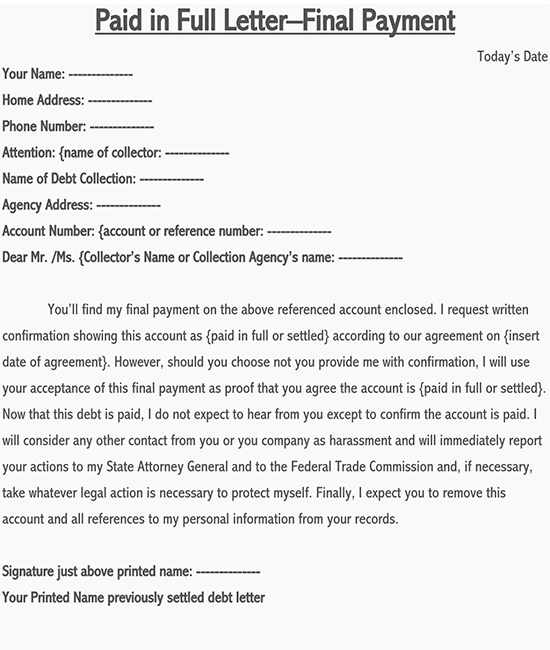 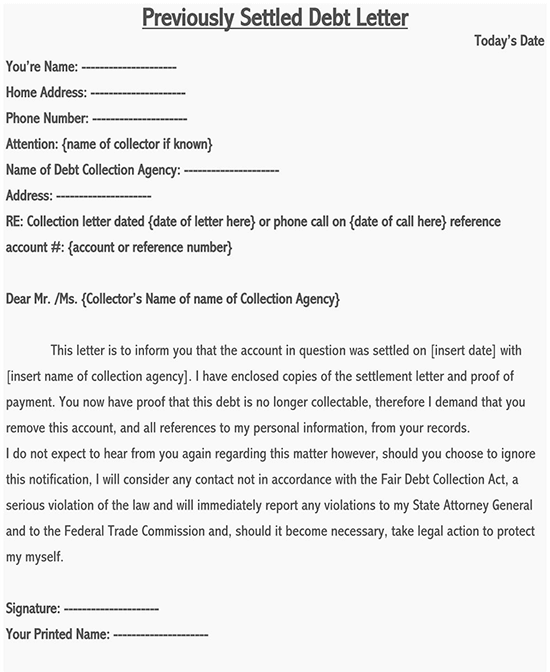