To write an authorization letter to release information you need to know It’s contents. The letter has to have the sender’s name and address with state and zip code, as well as the recipients name and his address with state and zip code. A letter date is also required. After that comes the most important part, the subject of the letter in which the sender states who he authorizes, why he authorizes and what is the purpose of authorization. In the end comes the sender’s name and his signature.

Samples authorization letters are the most commonly sought after by parties involved in any authorization activities with either a professional or personal purpose. Strictly, all the regulations must be adhered to while successfully writing them. One should note that each authorization letter is entirely different and unique as per the purpose.

I, Bob Lee, authorize the authorities of the England hospital to release to my doctor any information he/she requires from my personal files or any records. I hereby give my permission for the use of this medical information in the diagnosis and treatment of the problem. However, any other use of this information will not be permitted. 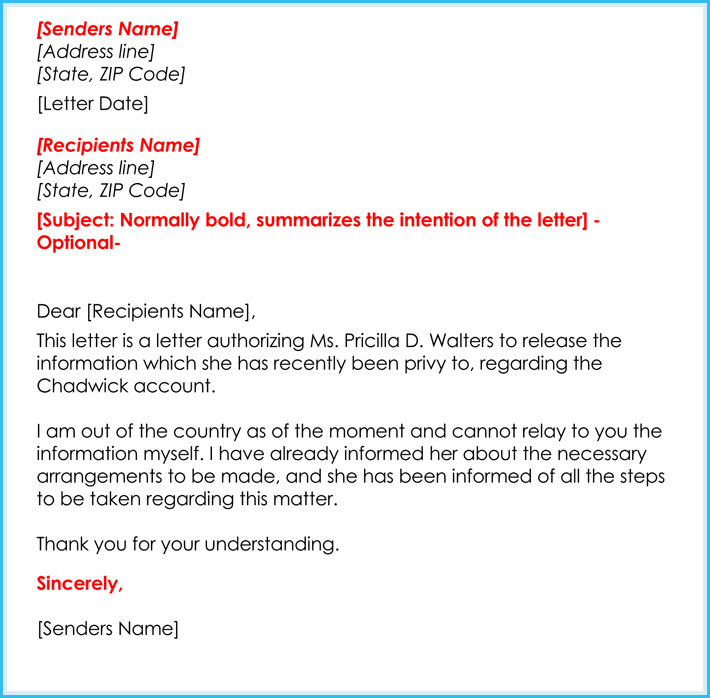